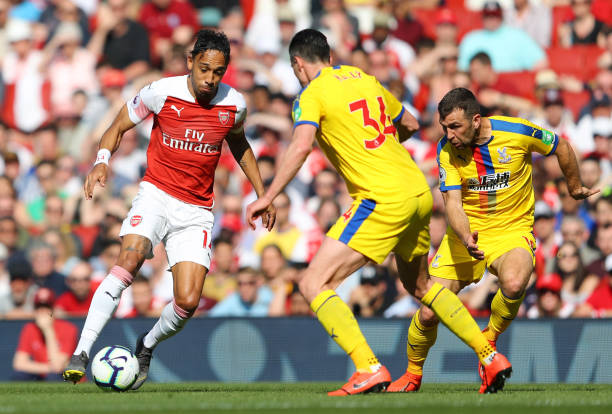 Arsenal has once again wasted the chance to take advantage of the mess up done by their rivals as they have lost all the three points to Crystal Palace who are not even in the Premier League top 10. You just can’t understand how this just keeps happening to Arsenal? When will it ever end? It gets a chance to do something great and it wastes it.

Arsenal boss Unai Emery included both of his strikers in the starting eleven but the problem was the pivot of Mohamed Elneny and Matteo Guendouzi as earlier witnessed in the loss against Everton but this time the gunners have lost the game at the Emirates Stadium where the gunners have been outstanding this season. Poor defending on a set piece allowed Benteke to open the scoring for Crystal Palace and the gunners failed to get an equaliser in the first 45 minutes despite getting a few chances.

Unai Emery made two substitutes at the start of the second half, bringing in Alex Iwobi and Ainsley Maitland-Niles for Carl Jenkinson and Dinos Mavropanos. These changes brought life back into the Arsenal squad as they now started moving the ball a bit quicker and Lacazette set up Mesut Ozil who equalised for the gunners to make the score line 1-1.

Crystal Palace also now tried to attack even though they were now under pressure and awful defending from Shkodran Mustafi saw Zaha get past him and double the lead for the visitors. Emery then removed Mohamed Elneny and brought in Lucas Torreira to hold the midfield but unfortunately, a few moments later, the Eagles got their third of the day through McArthur.

Aubameyang did give the Arsenal fans some hope as move by him earned him a goal but it wasn’t enough as Crystal Palace still won the game.