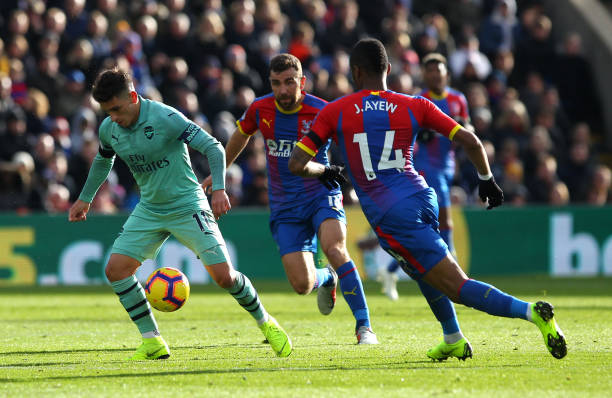 The gunners will today face Crystal Palace at the Emirates Stadium and they will be hoping to get their third win in their last three matches. The race for a top four finish is at its climax and everyone point matters, so Arsenal will work hard to get all the three points because they would take them to the third position on the Premier League table.

Crystal Palace gave Arsenal a hard time last year, forcing them to share the points thanks two penalties but gunners boss Unai Emery will be hoping to avoid that same mistake this time because their season is on the line, whereby any loss or draw could mean that they will not play in the UEFA Champions League next season.

Crystal Palace are in the 14th position on the Premier League table but they have been fantastic this season in their away matches which is quite the opposite with the Arsenal side which has not been beaten at the Emirates Stadium since the season opening defeat to Manchester City. So it will interesting to see who comes out as the victor in this game.

Crystal Palace has some good attackers like Wilfred Zaha but Unai Emery will be hoping that they don’t allow him to cause them any problems this evening as he did in the 2-2 draw with them in October, 2018. Arsenal has an outstanding home record and they still have many away matches on their schedule, so it will be important to win this game today since they have a very poor away form.

Arsenal will be without Sokratis who is serving a two game ban for receiving his 10th yellow card of the season in the game against Everton. Granit Xhaka is a doubt for this game while Holding, Welbeck, Ramsey and Bellerin will obviously not be in the 18 man squad.

Arsenal Vs Napoli preview as Emery seeks win in Naples