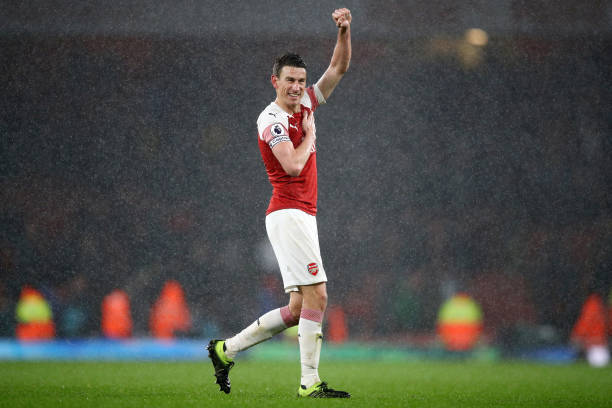 Arsenal’s loss against Leicester City has now made them the club fully focus on the UEFA Europa League since they might not get a top four finish after losing three matches in a row in the Premier League. Arsenal captain Laurent Koscielny has spoken of how they will now need to remain united in order to succeed in the UEFA Europa League this season.

Arsenal have been drawn with Valencia in the UEFA Europa League semi finals and the first leg will be played at the Emirates Stadium on Thursday. The Arsenal fans were hoping that their club would seek UEFA Champions League football on two fronts but it seems like they will now turn their attention towards the UEFA Europa League since the winner of it earns you automatic qualification to next season’s UCL.

Laurent Koscielny was on the bench in Arsenal’s first half against Leicester City but he however came in at the start of the second half and was in front of the goalkeeper as the (10 men) gunners conceded three goals in the final 30 minutes of the game. Koscielny has said that injuries have indeed affected their season but believes that they need ‘confidence’ to be successful in the UEFA Europa League.

“We need everyone to be ready and help the team to produce the best results. We’ve lost some players with injury but we still have a team full of good players.” Laurent Koscielny told Goal.com when asked about what they need to do it be successful in the Europa League.

“Confidence is the most important thing in football, more than the quality. It’s about working together and giving that commitment to the team. Alone, we can do nothing. Together, we can achieve our targets.”

The gunners will be hoping that they don’t lose Laurent Koscielny to an injury in these final moments of the season because him and Sokratis have been Arsenal’s best centre backs this season.

Unai Emery speaks out on Arsenal’s game vs Valencia