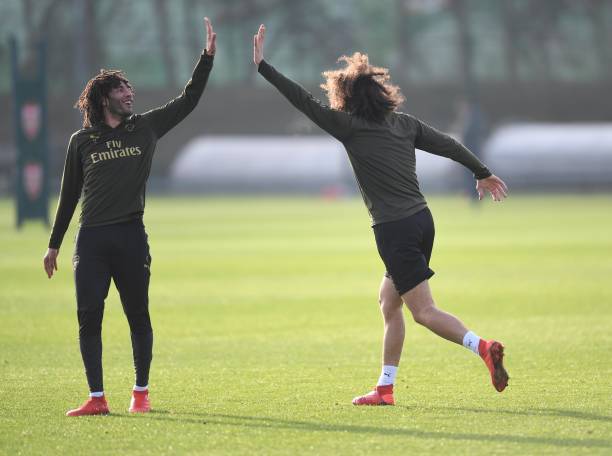 Mohamed Elneny has been at Arsenal for three years now and has failed to break into the first starting eleven of the gunners under two managers while Matteo Guendouzi has received immerse trust from Unai Emery despite being just 20 even though he was  playing in France’s Ligue 2 last season.

Pairing Matteo Guendouzi and Mohamed Elneny hasn’t worked in two matches now since they have all ended in loses so let us take a look at two solid reasons why their partnership doesn’t work as Unai Emery and the fans would want.

1. THESE TWO AREN’T USED TO PLAYING WITH EACH OTHER

Matteo Guendouzi has made a lot of appearances for Arsenal this season in the Premier League because Unai Emery has so much trust in him but Mohamed Elneny has usually been making substitute appearances and the few starts that he makes, he gets subbed off at the start of the second half. So these two usually struggle because they aren’t regularly paired together.

This is true because Matteo Guendouzi has had better performances when paired with Lucas Torreira or Granit Xhaka because he has played like 10 matches with them in the first half of the season.

2. GUENDOUZI IS IMMATURE AND ELNENY IS TOO DEFENSIVE MINDED

Mohamed Elneny isn’t necessarily a bad player but what’s disappointing is that he doesn’t add something special to the Arsenal side because he always likes to play a safe game. He doesn’t try to make some forward passes or try to start off a counter attack, he usually does back passes which are sometimes irritating because the players that are forward are always waiting for the ball. His tackling isn’t good either.

Guendouzi rightfully gets away with poor performances because he’s still 20 and still has years to improve on his game but his playing style is still lacking because he tends to look at his feet when he has the ball instead of quickly passing to his teammates. The young Frenchman can also sometimes be a drama queen and try to look for the favour of the referee since his young by continually going down when under pressure – that’s pretty immature.