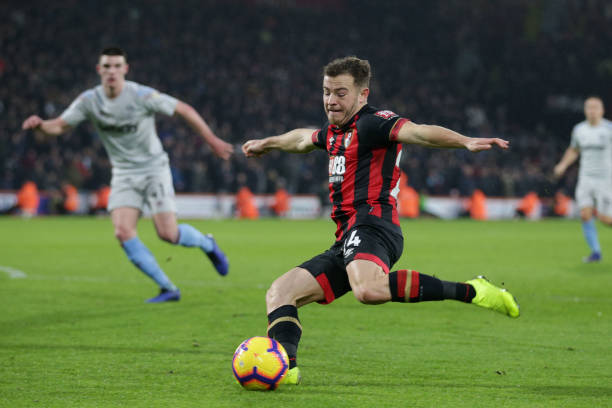 Arsenal has in the last few weeks been linked with a move for Bournemouth winger Ryan Fraser as Unai Emery plans to revamp his squad in the summer. The gunners have this season lacked a natural winger because they only have Alex Iwobi who is very inconsistent.

Ryan Fraser said that he was happy to be  linked with a move to Arsenal when these transfer rumours first appeared but we have not heard anything more about this until this moment, a new report by The Mirror claims that Ryan Fraser wants to leave Bournemouth and that he would be willing to run down his contract so that he can leave the club for free.

Ryan Fraser has attracted interest from Arsenal this season because he has scored seven goals and made 13 assists while the current wingers of the gunners have failed to get such stats this season despite playing with top players like Mesut Ozil, Alexandre Lacazette and Pierre-Emerick Aubameyang.

Ryan Fraser’s contract will expire in 2020’s summer and the report above claims that he has refused to sign a new deal which will now force the club to sell him before he leaves on a free transfer and luckily for the gunners, they might not have a lot of competition. Ryan Fraser could probably cost £20million and that’s a fair amount for the gunners since they have a tight transfer budget.

Arsenal receives a boost in its pursuit of Nicolas Pepe

Unai Emery explains how they will replace Aaron Ramsey