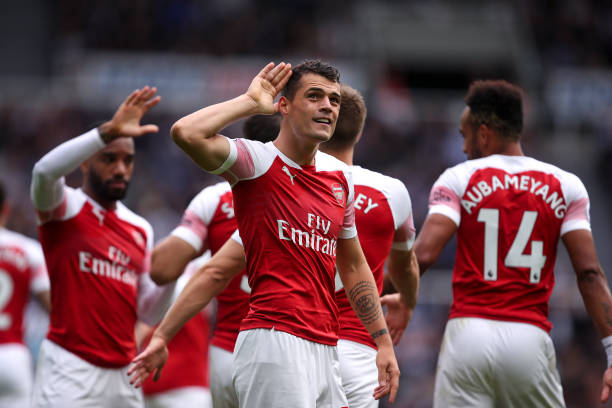 The gunners will tomorrow face Leicester City at the King Power Stadium and the players will be hoping to redeem themselves after their two losses against Crystal Palace and Wolverhampton. Granit Xhaka has come out to talk to the Arsenal fans after their defeat saying that this week has been devastating for them since they have lost two matches in a row.

Arsenal come into this match hoping to get back to winning ways because their chances of getting a top four finish are now slim since they have dropped six points which could have been enough to make sure that they play in next season’s UEFA Champions League. Granit Xhaka has said that they will need the support of the Arsenal supporters tomorrow when they make a visit to the King Power Stadium to face Leicester City.

“This week has been hard but we will keep fighting and we need your support to help push us.”

The Arsenal fans will be hoping that Granit Xhaka puts on a good performance against the Foxes because he was awful in their 3-1 loss to Wolves on Wednesday. The gooners want Unai Emery to pair him with Torreira because he has in most matches been impressive when he has started with the Uruguayan international.

Emery: I want make Arsenal the best club in the world