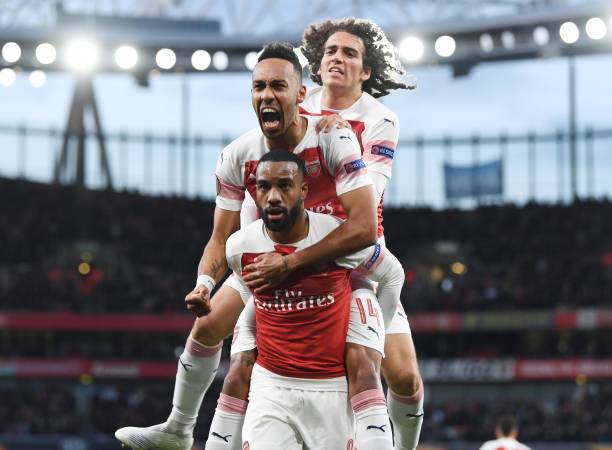 Arsenal will today have a chance of keeping its Premier League top four hopes alive if they are able to get a win over 17th placed Brighton & Hove Albion. Unai Emery will have to decide whether to rest players for the Europa League or use his best squad and try to make a push for a top four finish.

Even though Petr Cech will probably be honored today at the Emirates Stadium, Unai Emery will probably still use Bernd Leno ahead of him in this match since he is Emery’s first choice goalkeeper.

Arsenal will want to rest Sokratis and Koscielny because they have played many matches. So Emery will probably go back to a back four with Dinos Mavropanos and Mustafi in the middle while Stephan Lichtsteiner and Nacho Monreal start as full backs.

Granit Xhaka also deserves a rest because he has played in Arsenal’s last three matches so the gunners will probably use a pivot of Torreira and Guendouzi.

Mkhitaryan and Iwobi will start on the flanks while Mesut Ozil plays as a central attacking midfielder behind the striker. Emery will be hoping that these three and the striker combine well to get goals for the North Londoners.

Alexandre Lacazette scored two goals against Valencia and so Emery will probably include him in the starting eleven.

Arsenal XI to face Brighton & Hove Albion has been released