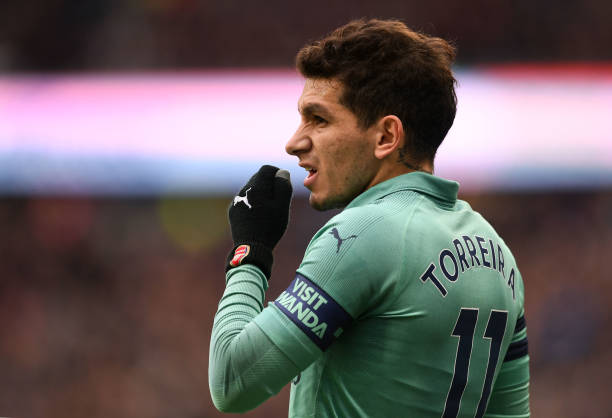 Arsenal signed Lucas Torreira from Sampdoria in the 2018 summer transfer window and the Uruguayan international has already formed a great relationship with the Arsenal fans because of his impressive debut season in the Premier League.

The summer transfer window has opened and some Arsenal players including Lucas Torreira have been linked with a move away from the Emirates Stadium. Some reports in Italy report that AC Milan are interested in Lucas Torreira because Marco Giampaolo, who will be appointed as their new boss this summer wants the Arsenal midfielder to be among his signings in this transfer window.

There has also been claims that AC Milan are willing to even offer a player plus cash in order to sign Lucas Torreira but Sky Sports has confirmed that Arsenal has stayed firm on the midfielder because they signed him last summer and he still has more four years on his current contract at the Emirates Stadium. Marco Giampaolo who will be AC Milan’s new boss was coaching Sampdoria last season and wants to be reunited with Torreira who played under him for some good time before they sold him to Arsenal.

Arsenal fans will be hoping that the club doesn’t consider selling Lucas Torreira right now because they have for long asked the club to sign a good defensive midfielder and the Uruguayan international has proved that he is great in that position. Lucas Torreira is currently with the Uruguayan national team and he will be participating in the Copa America 2019.