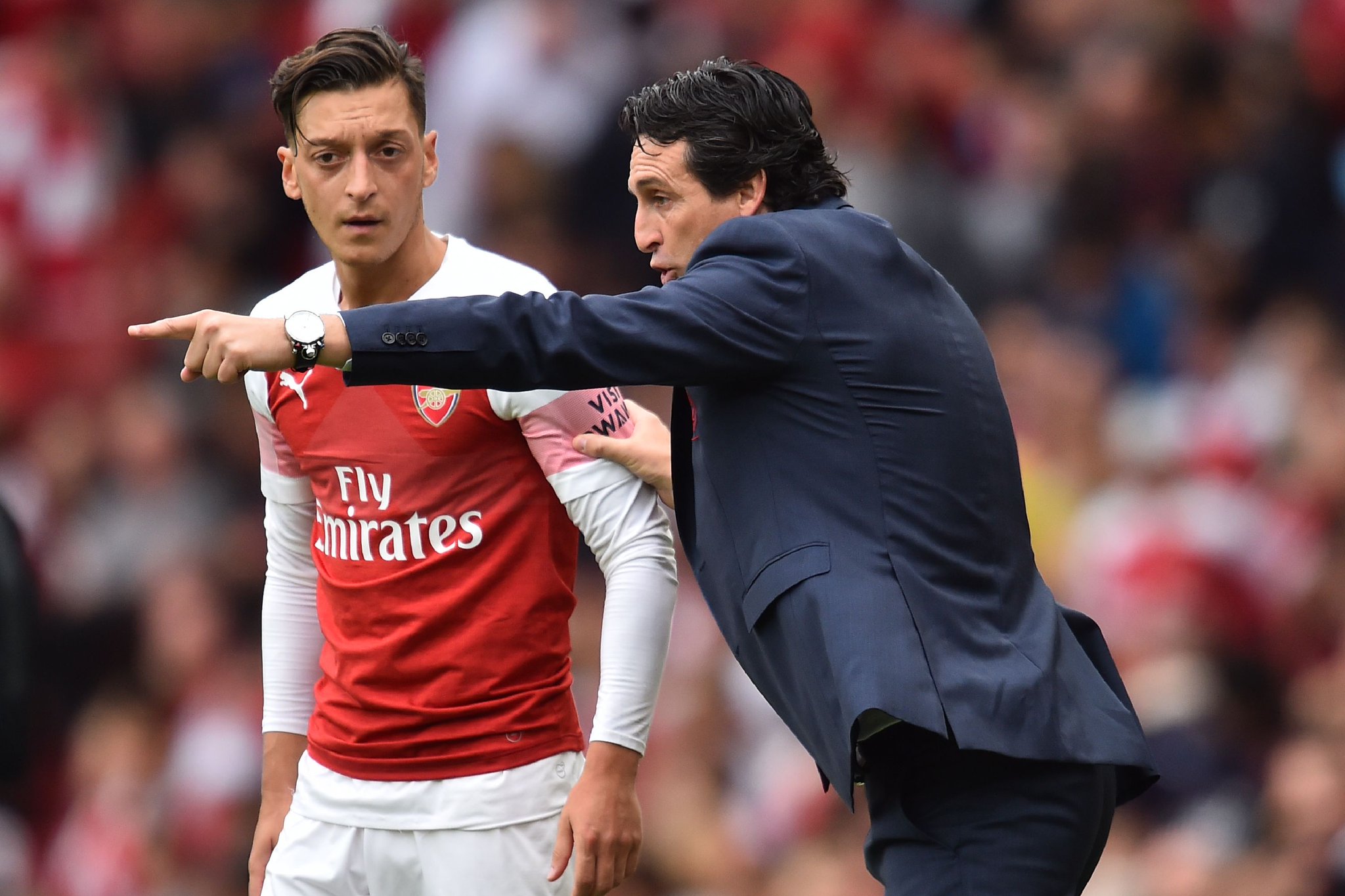 It’s now not a secret in the Arsenal fanbase that there is misunderstandings between Unai Emery and Mesut Ozil as its sometimes been seen on the pitch on some matchdays. Ozil was very poor at Arsenal last season but some gooners believe that it was Emery’s fault for his poor stats while others believe that he is past his best hence starting a; Emery vs Ozil problem amongst gooners and have  currently begun debating on who will outlast the other at the Emirates Stadium.

Mesut Ozil signed a new deal in 2018 but his performances have been poor ever since he put pen to paper to that contract and some Arsenal fans now want him gone because he is no longer at his best and he has clearly shown that it will be hard for him to adapt to the demands of Unai Emery. He however still has two more years on his deal but he is now 30 years old, meaning that it’s his last big deal before he eventually retires in a few years from now.

Unai Emery was appointed as Arsenal boss last year and some reports though not confirmed claim that the club offered him a two-year deal and he failed to get the target (UCL football) of the club in his first season at the club hence him having only one year left on his deal if these contract details are real. It’s claimed that the club has the option to extend his stay at the club for one more year.

So how does the club end the Ozil vs Emery problem?

BAKU, AZERBAIJAN – MAY 29: Mesut Ozil of Arsenal looks dejected after the UEFA Europa League Final between Chelsea and Arsenal at Baku Olimpiya Stadionu on May 29, 2019 in Baku, Azerbaijan. (Photo by Chris Brunskill/Fantasista/Getty Images)

Mesut Ozil has been at Arsenal for six years now but his now no longer at his best and his wages are holding the club back. It’s indeed harsh to say that he hasn’t been impressive for Arsenal in his six-year stay but it’s safe to say that he still wouldn’t have been that impressive last season even if Arsene Wenger was still here.

So since Unai Emery has many times hint that Ozil doesn’t suit his style then the club needs to make sure it sells the German international this summer for footballing and financial reasons. Ozil is a popular figure in the Arsenal dressing room and if it is indeed true that he doesn’t like Emery then it’s bad for the club if they are together next season.

BAKU, AZERBAIJAN – MAY 29: A dejected Unai Emery the head coach / manager of Arsenal after losing in the UEFA Europa League Final between Chelsea and Arsenal at Baku Olimpiya Stadionu on May 29, 2019 in Baku, Azerbaijan. (Photo by Robbie Jay Barratt – AMA/Getty Images)

Unai Emery has numerous times been accused of being a defensive minded boss but it is however hard to confirm with his spell at Arsenal since he has used about four formations at the Emirates Stadium last season. But if he was to continue with using a formation that uses 3 centre backs then this will prove that he can’t always expect Ozil to flourish since the German international has continuously admitted that he prefers playing as a central attacking midfielder in a 4-2-3-1 formation.

So if Emery won’t be using that next season, then why not sack him right now and get a manager that will utilise Mesut Ozil at this time of his career because his at the final years of his career.

Report: Should Arsenal fans get scared about Lucas Torreira’s future?