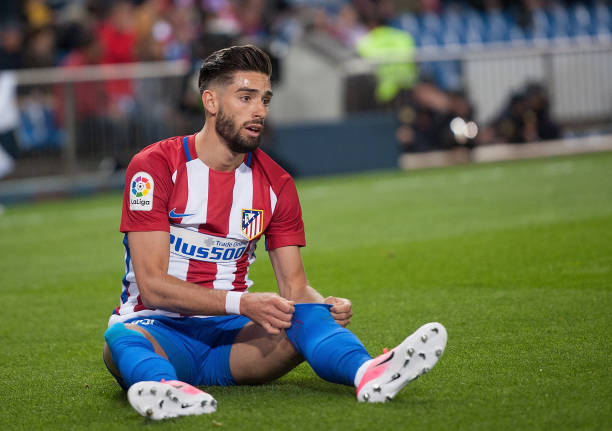 Yannick Carrasco wants to return to Europe and he has reportedly chosen the Premier League as his preferred destination. The gunners are reportedly interested in the Belgian international and talks are already underway with his Chinese club and the player himself according to the Mirror. So let’s take a look at how Unai Emery can use Yannick Carrasco next season.

Yannick Carrasco used to play in this formation when he was still at Atletico Madrid and the gunners might use it next season since they already have two top strikers in Aubameyang and Lacazette. Emery will definitely want these two to always start matches and Carrasco would fit well into this system as one of the wingers, he is a skillful player and can always cause havoc on the flanks.

Yannick Carrasco is an outstanding winger and there are several reports which claim that Emery wants to return to his preferred 4-2-3-1 formation in this upcoming season. This formation allows the gunners to use two wingers and Carrasco would be one of them but the gunners would however have to play with just one striker.

This would be an interesting formation and Emery might consider it next season if either Aubameyang or Lacazette gets sold in this summer transfer window. Carrasco likes making shots and is a great dribbler, so he would be great if put in the front three. He would be on the left, Aubameyang in the centre and maybe Mkhitaryan on the right to form an interesting attacking trio.

Arsenal 2019/20 fixture calendar and why it favours Emery