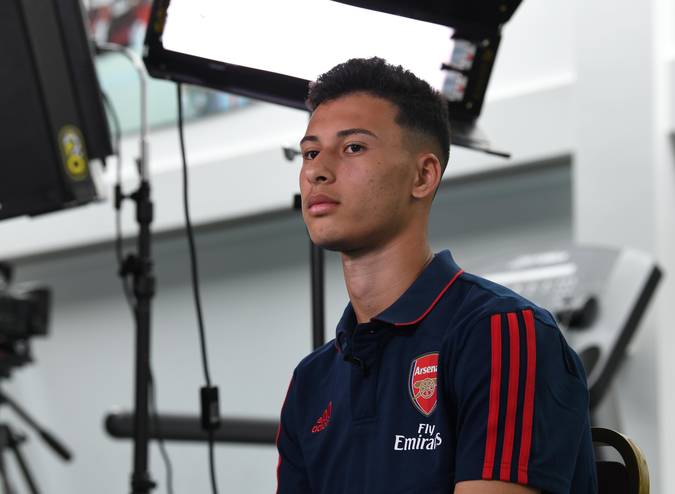 The gunners have finally confirmed the signing of Brazilian sensational Gabriel Martinelli from Ituano on a fee believed to be around £6million. This has been a transfer that the Arsenal fans have known about for months because Arsenal completed the deal some time back and were waiting for the youngster to turn 18 years old.

This confirmation comes as a big relief to the Arsenal fans who were starting to feel desperate because most reports had started showing that the gunners could even fail to sign any player in this summer transfer window due to the financial problems that the club is going through. Gabriel Martinelli has been announced as an Arsenal player via the club’s official Twitter account and they will be hoping that this calms down the fans that were eagerly waiting for new signings.

Gabriel Martinelli is an outstanding signing and as Matteo Guendouzi, the club has confirmed that the young forward will be joining his new teammates in their pre-season training and this is a hint that Unai Emery will give him a chance to showcase his talent in the pre-season matches that will be starting soon.

Arsenal will be looking to bring in two or three more signings before the transfer window closes in August.