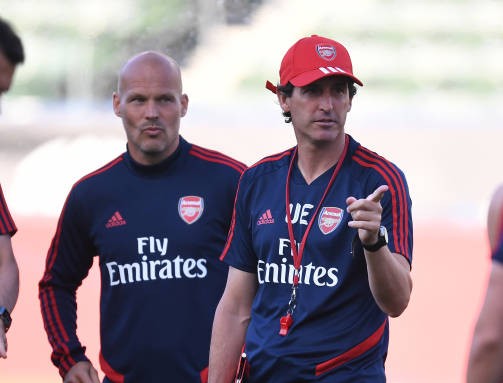 Unai Emery failed to get Arsenal back into the UEFA Champions League in his first season and the club has decided to try to integrate youngsters in their squad since they sometimes missed many players because of injuries. This plan is also in effect because the club might not sign many players in this transfer window hence them trying to use some of their academy players.

Arsenal did use this formula in the past with Arsene Wenger but things have changed and they now have Unai Emery who isn’t known for promoting youngsters but the club understood this and decided to appoint Freddie Ljungberg as one of the first team coaches ahead of this new season since he worked with the under-23 squad for a year.

This appointment was one of the best decisions that the club has made in the last 18 months and there is already signs that show that the North Londoners will effectively integrate their youth into their senior squad. Arsenal is currently at their pre-season tour and the gunners defeated Bayern Munich with some of the youngsters impressing more than the senior players and Unai Emery revealed how Freddie Ljungberg’s advice helped him to identify a good youngster who isn’t popular with the fans as the others.

Unai Emery faced the media after the win over Bayern Munich and he spoke of how Freddie Ljungberg gave him advice about also giving a chance to Robbie Burton.

“Above all he’s helping us with the young players because he knows better than us every young player,” Unai Emery told Football.London.

“For example Robbie Burton, I didn’t know Robbie. Freddie said to me he’s a good player with the capacity to play as a 6 or 8. Really he helped us like we needed.”