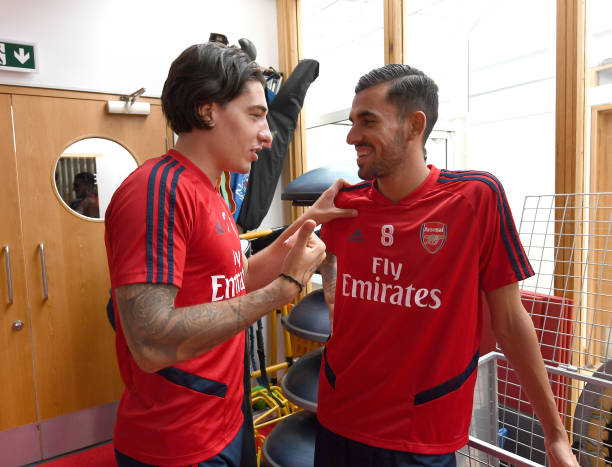 Dani Ceballos arrived at Arsenal from Real Madrid on a season long loan and the midfielder showed the Arsenal supporters a glimpse of what he can do in their 2-1 win over Burnley at the Emirates Stadium. The midfielder got two assists last week and the gooners will be hoping that he puts on similar performances in the next matches.

Arsenal defender Hector Bellerin says that he has been playing with Dani Ceballos since they were teenagers and he claims that the Spanish midfielder is one of the best players that he’s ever seen. Bellerin says that they played together in the Under-21 Spanish national team and he has told Arsenal fans on what to expect from his friend.

Dani Ceballos is playing in the Premier League for the first time but his friend Hector Bellerin believes that this won’t be a problem and claims that he’s already shown in training that he will be able to withstand the physicality of it. Bellerin says that Dani Ceballos is a great addition to the squad and that he will always fight for the club, and the Arsenal fans will absolutely love this.

“He’s a great player, I think he’s going to be a great addition to the team and the Premier League is going to be very different to any other league, but he’s shown in training that he’s ready for it.” Hector Bellerin told Arsenal Player.

“He’s up for it and he’s a player who will go through thick and thin to do the best for his team. He’s got a great heart and he plays for everyone around him. I think he’s a great addition.”

Even though Arsenal did not get an option to buy in the deal that saw Dani Ceballos join them, there are reports that Real Madrid president Perez promised Arsenal’s head of football Raul Sanllehi that they would be open to discussions over a permanent deal in the 2020 summer transfer window.

Aubameyang reveals how him, Pepe & Lacazette could be as good as Liverpool’s front three