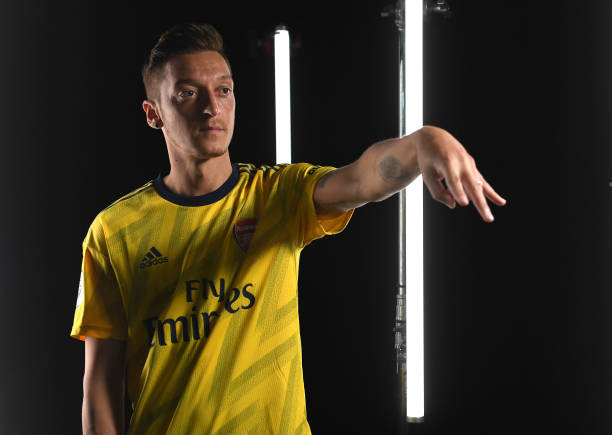 Mesut Ozil took part in most of Arsenal’s pre-season matches but the attempted robbery that saw him and Sead Kolasinac fight some crime gang has made him miss the first 3 Premier League matches. The German international looked great during the pre-season matches and so the gooners will be hoping that he keeps up with this.

Mesut Ozil started training a few days ago and most believed that he would be in the squad that faced Liverpool but Unai Emery didn’t include him as he wasn’t ready. Arsenal will this weekend face Tottenham Hotspur and Unai Emery has today faced the media and has confirmed that the 30-year-old will be in the 18 man squad.

“This week he is training well, he is progressing physically better and doing normal work for us. He is going to be closer for us and available for Sunday I think.” Unai Emery told Arsenal Player.

Arsenal fans will be happy with this news as they have missed Mesut Ozil because he adds a lot to the squad and everyone is excited to see if he could form a great relationship with Nicolas Pepe as he did with Alexis Sanchez a few years ago. Mesut Ozil was linked with a move away from Arsenal at the start of the summer transfer window but Unai Emery also confirmed that the German international will be staying at the club.

Mesut Ozil has just two years remaining on his current contract, so he will be hoping to make the most of it as Arsenal could be the last big club that he plays with as he will be 33 years old when he leaves the Emirates Stadium.

Emery speaks out on playing Aubameyang, Lacazette & Pepe ahead of Spurs game