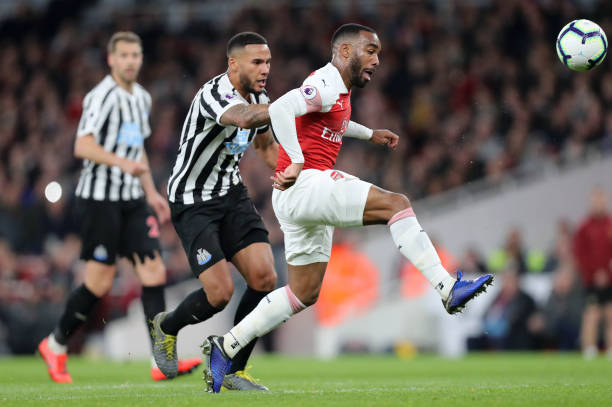 Arsenal will this weekend face Newcastle United at the Saint James’ Park and Unai Emery will be hoping that his side could start off on an amazing start to the 2019/20 campaign since they didn’t start well last season since their first two fixtures were against Manchester City and Chelsea.

The gunners had a successful transfer window even though everyone thought it would be a disaster after they failed lost to Chelsea in the UEFA Europa League final which ended their hopes of qualifying for this year’s Champions League but everything has turned out just well as they have made six signings in this recently closed window.

Unfortunately for the gunners, some of their new players will not be able to feature in this match as the likes of Nicolas Pepe and David Luiz might not be match ready while Kieran Tierney is still on the sidelines. Mesut Ozil and Sead Kolasinac will also not be in the squad that faces Newcastle United as they have been excluded for security reasons since there was some other incidents that happened to them recently.

So Arsenal boss Unai Emery will have to fill the squad with a great number of youngsters since many of his first team players will not be available for this match so this will be a massive advantage for Newcastle United.

The Magpies will definitely give Arsenal a hard time since they have brought in a couple of new players and have appointed Steve Bruce as their new manager so their playing style will be different from the one of last season, the gunners were able to beat Newcastle United in the home and away matches last season.

Liverpool Vs Arsenal: All you need to know about this match

Barcelona Vs Arsenal Match Preview & all you need to know