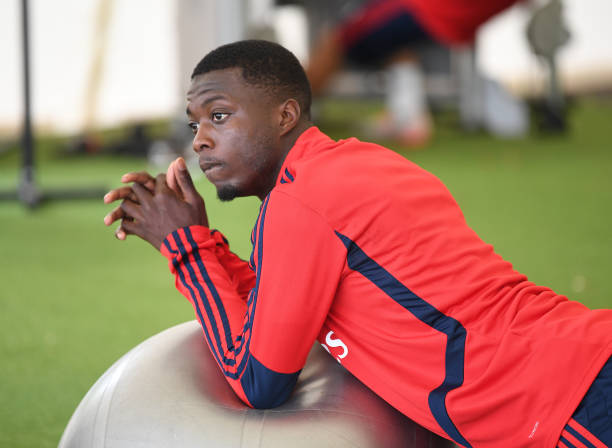 Arsenal signed Nicolas Pepe from Lille for a record £72million fee and the Ivorian international has so far made only two substitute appearances as Unai Emery integrates him into the squad since he missed all their pre-season matches.

Nicolas Pepe is one of the most highly rated wingers in Europe and he had an outstanding performance last season as he scored 22 goals and made 11 assists so the North Londoners will be hoping that he could try getting similar numbers in the Premier League this season.

Nicolas Pepe is playing in the Premier League for the first time and has revealed how Unai Emery has helped him to settle at Arsenal since he can speak in French as well.

“It’s been really good because he speaks French and it has been much easier for us to communicate.” Nicolas Pepe told Arsenal Player.

“I am new, the strategy and tactics are new and it really helps that I can get the coach’s assistance. Now I need to learn English and this is something he is helping me with also.”

Nicolas Pepe will probably make his first start as an Arsenal player on Saturday when the gunners make a visit to Anfield Stadium to face Liverpool and it will be interesting to see how he copes as this will be a tough game that has usually seen the gunners get heavily beaten.

Unai Emery gave Nicolas Pepe 45 minutes in Arsenal’s 2-1 win over Burnley and now everyone is wondering if the Ivorian international will start in their next game but according to the statement by the player, the coach is still trying to help him get used to his tactics.

Aubameyang reveals how him, Pepe & Lacazette could be as good as Liverpool’s front three

Kieran Tierney tells Arsenal fans on what to expect from him