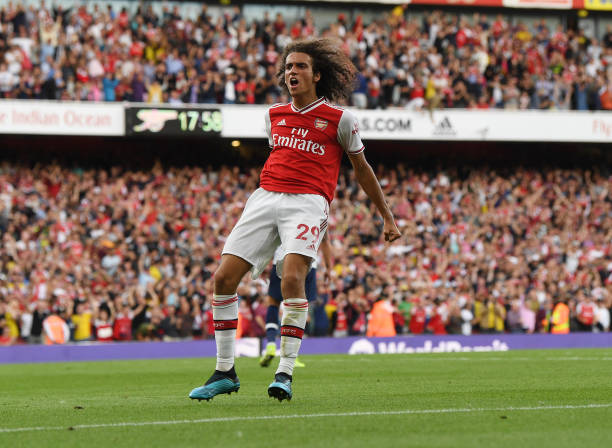 Arsenal completed the signing of Matteo Guendouzi in the 2018 summer transfer window for just €7million and the French midfielder has shown the world that he’s got the potential to be one of the best midfielders in the world.

Matteo Guendouzi has started all of Arsenal’s four matches this season and he’s best performance was in the North London Derby on Sunday as he bossed the midfield of the gunners and even made a spectacular pass which Aubameyang finished off to complete Arsenal’s come back against Tottenham Hotspur.

Matteo Guendouzi has established himself as an important member of Unai Emery’s starting eleven and the Spanish coach fully trusts him as it looks like he will give him a lot of minutes this season as he did last season. Arsenal legend Robert Pires was left amazed by the performance of the 20-year-old in the North London Derby and says that he believes that Guendouzi is a ‘warrior’. Pires also speaks out on the qualities of Matteo Guendouzi.

“Matteo is a warrior. He had a fantastic match. He’s a combative player and what I like about him is that he is consistent with that.” Matteo Guendouzi told The Athletic.

“He does his job, patrolling defensive midfield, winning the ball, tackling well, and then playing the ball quickly and simply.”

“That’s why he is an important player for Unai and for Arsenal. I liked the reaction of the team to going 2-0 down, the manner of the response.”

Matteo Guendouzi received his first call up from the France senior national team yesterday and this shows how the last 18 months have transformed the career of the youngster who was playing in the French Ligue 2 a few years ago.

Nacho Monreal speaks out on his last conversation with Unai Emery

David Luiz makes admission about his defending in game against Spurs