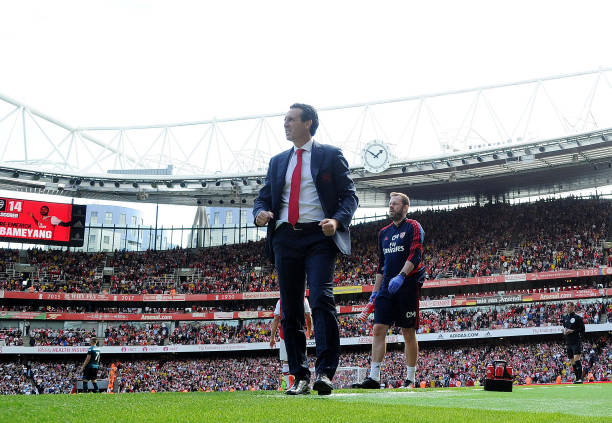 The North London Derby is here and the gunners will be hoping to collect maximum points from this game as they want to be in the Premier League top four before we go into the international break. Arsenal’s lineup has been released and Unai Emery has made a number of changes to the squad that faced Liverpool last weekend.

The last North London Derby ended in a 1-1 draw at the Wembley Stadium after Aubameyang failed to get them the three points by failing to score the late penalty but all that is in the past and the Gabonese international will be hoping to score today as he is usually criticised for not turning up in matches vs big six sides.

Arsenal head coach Unai Emery will be hoping that the squad which he has selected delivers because a loss at the Emirates Stadium would see him receive a lot of criticism since the club has backed him in this summer transfer window. The Arsenal fans will be looking forward to see how Aubameyang, Lacazette and Pepe perform in this match because these three got the potential to become one of the best attacking trio in the league.

David Luiz makes admission about his defending in game against Spurs