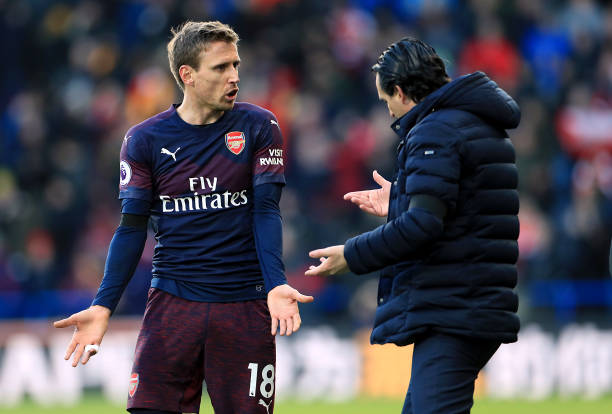 Arsenal appointed Unai Emery as their first head coach in May, 2018 and he had a great start as the gunners went on an unbeaten run of 22 matches but they however collapsed at the end of last season. Nacho Monreal left Arsenal in this year’s summer transfer window but he only has kind words for Unai Emery as he says that the Spaniard is a “perfectionist”.

Nacho Monreal played in Arsenal’s first three matches of this season and this shows how Unai Emery still had a lot of trust in Nacho Monreal but since the gunners couldn’t have three senior leftbacks and the Spanish left back wanting to go home, the club sanctioned his sale to Real Sociedad.

Nacho Monreal has been speaking to the media about his quick move to Real Sociedad and he was recently asked about what kind of coach that Unai Emery is, and he claimed that the former Paris Saint Germain boss is a great coach that lives and loves football.

“He’s a great coach. He is a person who lives and loves football. He’s sick with football. He has character, ambition and is a perfectionist.” said Nacho Monreal as per Sports Witness.

Unai Emery has already shown that he is a passionate coach and the Arsenal fans will be hoping that he is the right man to take them forward.