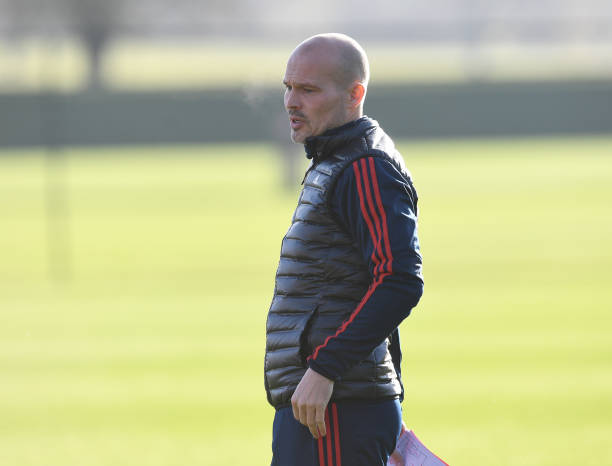 Arsenal have confirmed that Freddie Ljungberg has taken over from Unai Emery who was today dismissed from his title as the head coach of the North Londoners. The former Arsenal star will now have a chance to manage the gunners after having been part of the history of the gunners as he is one of the invincibles.

Freddie Ljungberg’s coaching career begun recently and this could be his biggest chance of impressing future suitors and he will currently have the backing of the Arsenal fans for now as they’d been tired of Unai Emery who failed to come up with his best starting eleven despite being at the Emirates for 18 months.

Freddie Ljungberg, 42 takes over Arsenal for a short time as the club search for a new head coach but he has however sent the fans a clear message on what to expect from him in the matches that he will be managing as the interim head coach. Freddie Ljungberg took to social media to send the fans a message which says;

However long I oversee @Arsenal for I will give everything I have to put smiles on faces again. We have a busy few weeks ahead and the team needs your support. Let’s get to work! pic.twitter.com/WdekcA4h5G

“However long I oversee Arsenal for I will give everything I have to put smiles on faces again. We have a busy few weeks ahead and the team needs your support. Let’s get to work!” wrote Freddie Ljungberg.

Arsenal fans are optimistic that Freddie Ljungberg will be able to stabilise their team because he did an incredible job with the Under-23 side of the gunners and since they currently have a squad that has a great number of youngsters then this will make it easy for players such as Bukayo Saka, Emile Smith Rowe and Joe Willock to adapt to his demands since he has been working with them for a long time.

OFFICIAL: Unai Emery gets sacked by Arsenal after 18 months at the Emirates