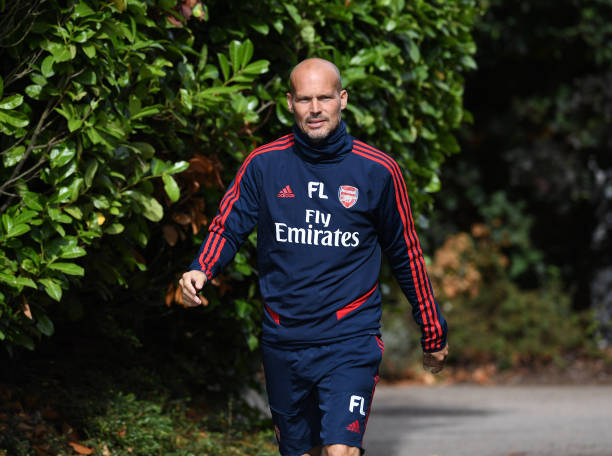 Arsenal appointed Freddie Ljungberg as the interim head coach after they parted ways with Unai Emery and even though he is obviously a legend at the North London club, this will be his first job as the first team coach and the fans don’t have an imprint of what they can expect from him.! However Arsenal legend Robert Pires has revealed what the gooners can expect from Freddie Ljungberg’s Arsenal team.

Freddie Ljungberg joined Arsenal in 2018 as the U-23 team coach and he did an incredible job with them hence the gunners welcoming some talented youngsters like Bukayo Saka and Joe Willock into the first team. He has been one of Unai Emery’s assistants this season but the club has however decided to give him the job as he was highly rated by the executive team and was well liked by the players and fans.

Arsenal legend Robert Pires who is also was among the invincibles squad has praised his former teammate Freddie Ljungberg and also claims that the Swedish coach could coach the gunners to stay true to the philosophy that Arsene Wenger deployed at the North London club.

“He knows that from tomorrow onwards it is going to be difficult, away to Norwich. Now he is going to try to implement his style of football, his philosophy, which is by the way the philosophy that he learnt when he was an Arsenal player. And after that, a manager purely depends on his players. He is capable of staying.” Robert Pires told Canal Plus as quoted by Get Football News.

It is still unclear how long Freddie Ljungberg will be the Arsenal boss but it looks like he could stay at the Emirates for a long time if he gets off to a fantastic start. Arsenal fans will be looking forward to the upcoming Norwich game as this will have slight hints at the type of formation and lines ups that Freddie Ljungberg might use as the gunners boss.