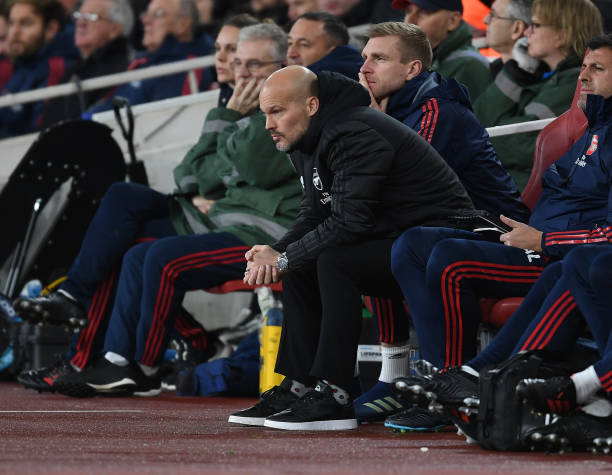 Arsenal will on Monday night make a visit to the London Stadium to face West Ham United who have also been out of form for a while but it will however still be a huge task for the North Londoners as the hammers showed that they love a big game as the defeated Chelsea at Stamford Bridge. This will be Freddie Ljungberg’s third game in charge as the Arsenal boss so we take a look at the formation and lineup changes he needs use to get his win.

ARSENAL SQUAD IS SUITED TO THE 4-2-3-1 FORMATION

Arsenal interim head coach Freddie Ljungberg used a diamond formation in his first match against Norwich and it ended as a 2-2 draw and on Thursday, he changed to a 4-3-3 formation which is also a formation that would work well for the gunners if he did not decide to put Aubameyang and Ozil on the flanks yet they are both not wingers.

Hector Bellerin was sometimes winning the ball in the Arsenal half against Brighton but he would have no-one on his flank to link up with because the starting eleven was filled with many midfielders and this would see him try to pass the ball in the midfield which was constantly pressed by the visitors.

The 4-2-3-1 formation will however suit the gunners better if Ljungberg decides to play the players in their rightful positions such as Mesut Ozil who usually only excels as a CAM in this formation and having real wingers on the pitch will definitely help the gunners attack well as shown in the first minutes of the second half against Brighton & Hove Albion showed that Pepe needs to start more.

Arsenal has many midfielders but they are all a bit of the same apart from Lucas Torreira so it will be interesting to see if Freddie partners him with Granit Xhaka since these two were vital in the unbeaten run last season, these as the two-man midfield on Monday would surely be helpful against West Ham United.

Alexandre Lacazette scored two goals for Arsenal against Southampton some time back but it looks like he has been a bit poor in the last two matches as he was still subbed off on Thursday despite having scored the equalizer, so it looks like the perfect time to put Aubameyang up top again since he even won the Premier League player of the month award when his French partner was injured.