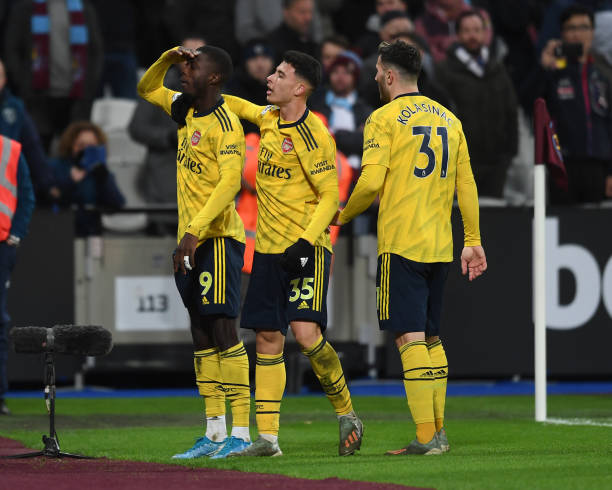 Arsenal will today face Everton at Goodison Park and they will be hoping to get all the three points since they can’t continue dropping points if they are to make a push to get into the Premier League top four.

Arsenal have appointed Mikel Arteta as their new head coach but he however didn’t have enough time to prepare for this game since the club officially confirmed him yesterday, so Freddie Ljungberg will be in charge of this game and this will be a perfect opportunity to earn the trust of his new boss. Freddie Ljungberg has won one match since he took over on an interim basis so he will definitely be hoping that he can go off on a high with a win over Everton.

Everton are reportedly close to appointing Carlo Ancelotti as their new manager but he however won’t start work until after the Arsenal game so their care taker manager Duncan Ferguson will be on the touchline today hoping to also beat the gunners to also impress his new upcoming boss. So it’s literally the battle of the interim head coaches.

Everton currently has a lot of injuries with the following players confirmed to be out of the game against Arsenal: Schneiderlin (calf), Walcott (calf), Gbamin (thigh), Gomes (ankle).

LIVERPOOL, ENGLAND – APRIL 7: Gylfi Sigurdsson of Everton (C) challenges for the ball with Mesut Ozil (L) and Matteo Guendouzi (R) during the Premier League match between Everton and Arsenal at Goodison Park on April 7, 2019 in Liverpool, England. (Photo by Emma Simpson/Everton FC via Getty Images)

Arsenal are also not too good in the injury room as well as they will be without Dani Ceballos, Sead Kolasinac and Kieran Tierney. Sokratis Papastathopoulos will be missing this match because he has been suspended for getting a yellow card in the last five matches.

With both of Arsenal’s leftbacks out of this match, it looks like Freddie Ljungberg will be forced to play 18-year-old Bukayo Saka as a fullback in today’s game despite the player being a winger by trade. It will be interesting to see if Freddie chooses to go with a back three since both Ainsley Maitland-Niles and Bukayo Saka aren’t natural fullbacks.

Arsenal vs Chelsea: All you need to know

Norwich City Vs Arsenal: All you need to know