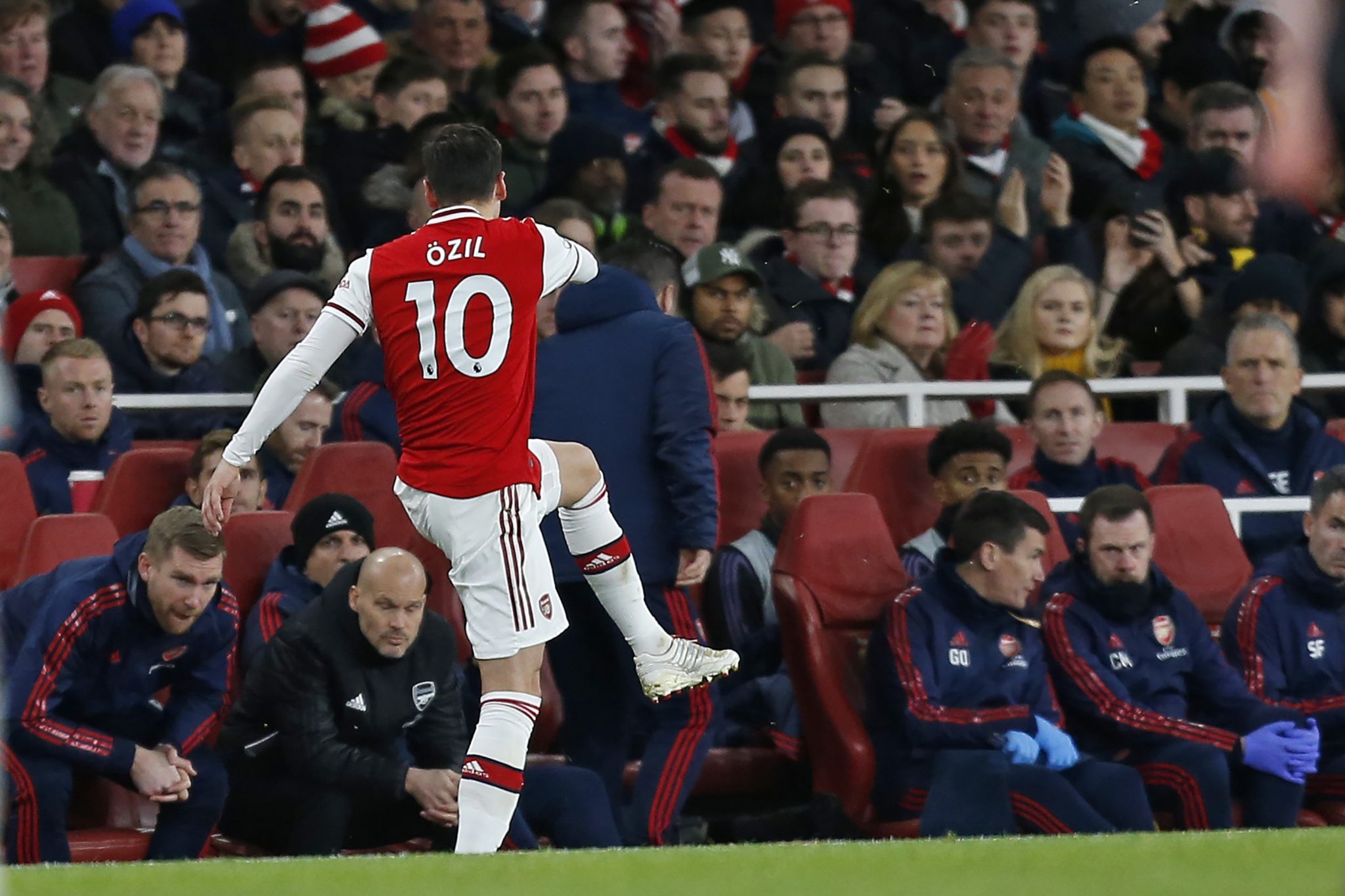 ( Mesut Ozil in Arsenal's game against City / Photo via Getty )

Mesut Ozil was in the starting eleven that played against Manchester City last weekend and even though he had a poor performance as the rest of the team in that game. The Arsenal fans were however not pleased with Mesut Ozil taking off his gloves and kicking them angrily infront of the coaching staff. It looks like Freddie Ljungberg had the same feelings after witnessing that from Mesut Ozil.

Arsenal’s team news ahead of the match against Everton revealed that Mesut Ozil had picked a foot injury and that he would miss today’s game but Freddie Ljungberg confirmed in the pre-match interview that he still would have left the German international at home even if he was available for selection. The gunners made a 0-0 draw with Everton and this was Freddie Ljungberg’s last match as the interim head coach but the Swedish coach has however clarified more on what he meant by saying that Ozil would have been dropped today even if he was fit.

Freddie Ljungberg criticized the actions by Mesut Ozil after getting subbed off the Manchester City game and takes the opportunity to also warn other players how he doesn’t tolerate this kind of behaviour at Arsenal.

“He walked off, took his things and kicked them. I said at Arsenal, that’s not how we behave. Mesut was injured but I would not have picked him for the squad because I want to make a stance that that’s not what I accept from an Arsenal football player.” Freddie told reporters after the game.

Mesut Ozil is a fan favourite at Arsenal but it looks like he will have to improve on his attitude as most reports claim that Mikel Arteta wants all his players to give 100% on the pitch and it looks like Freddie Ljungberg who already has a negative opinion on him could be staying. There has been some reports from Turkey that Mesut Ozil could be heading there but him and his agent have continually been saying that they will honour their contract at all costs.

Leno reveals how Arsenal can still get a top four finish