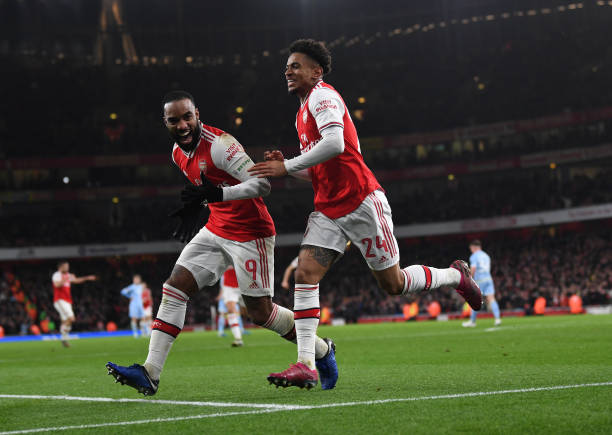 Arsenal have progressed to the FA Cup fourth round after defeating Leeds United 1-0 at the Emirates Stadium thanks to a goal from Reiss Nelson in the second half. Arsenal started the match with a strong squad and even though it was a bit tough in the first half, they got a goal and kept a clean sheet. Here a few talking points.

Leeds United played proper football in the first half as someone would ask if Arsenal were the Championship side because the visitors had most of the possession, created countless amount of chances and got more shots but they however failed to put the ball into the back of the net and Arsenal punished them in the second through Reiss Nelson.

Despite earlier reports, Arsenal was not playing a back three but rather a back four with Sokratis Papastathopoulos playing as a right back and the Greek international had a fairly great performance as he kept them quiet on his flank despite not being a natural fullback. Arsenal played the 4-2-3-1 formation as they’ve done ever since Mikel Arteta arrived.

Nicolas Pepe started tonight’s match and he was fairly impressive as he contributed a lot to the build up of Reiss Nelson’s winner and will be hoping that he gains another start in their upcoming game against Crystal Palace. Reiss Nelson wasted some chances but he was however certainly relieved to get the winning goal in the 55th minute. Lacazette once again failed to get on the score sheet as his best chance which was a free kick went a little bit over the bar but his work rate was still outstanding.

Gabriel Martinelli made his return to the pitch by replacing Reiss Nelson and he put on a decent shift as he got two saves from the Leeds United goalkeeper in the time he was on the pitch. Joe Willock also brought more pace after replacing worn out Mesut Ozil and Bukayo Saka was brought in for Nicolas Pepe in the last minutes of the game.

Arsenal will now face Bournemouth in the FA Cup fourth round and Mikel Arteta will be looking forward to this as this was the ground that he visited in his first match as the boss of the North Londoners. Two wins in two matches for the gunners in 2020, not a bad a way to start the new year.