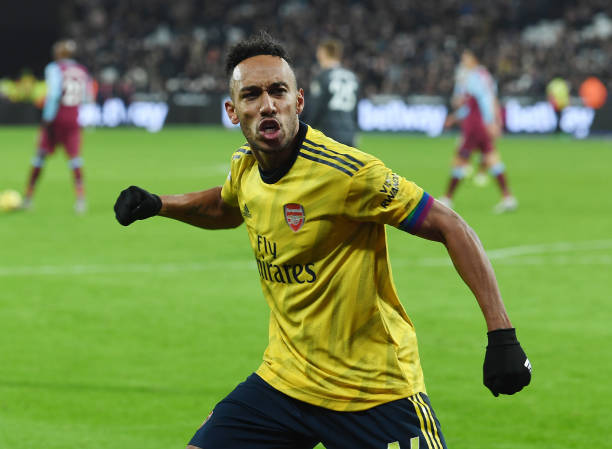 Arsenal signed Pierre-Emerick Aubameyang in the 2018 January transfer window and he has been an outstanding signing as he led them to a European final in his first full season in North London. The gunners have however underperdormed this season and they’ve been reports from Spain that Barcelona are interested in signing Aubameyang in this transfer window.

The gunners are currently in the 10th position on the Premier League table after 22 matches and are starting to slowly rebuild under Mikel Arteta but the Arsenal fans are however worried about Pierre-Emerick Aubameyang’s future since there hasn’t been any update on the new contract talks that reportedly started a few months ago and most rumours claim that he wants to win trophies before his career ends.

Aubameyang claimed that the transfer rumours linking him with a move away from Arsenal were false in the matchday programme notes ahead of the Leeds United game, he said that he loves the club and that he was ready to fight and try to bring the North London club back to its best.  Arsenal head coach Mikel Arteta has said that he was pleased to read that Aubameyang was happy at Arsenal and also gave a conclusive statement saying how he hopes that the Gabon international stays.

“I was very pleased to read those comments. He knows exactly what I think about him and obviously he’s a massive player for us. But at the moment we’re in the middle of the season and we haven’t discussed anything further on that at the club.” Arteta told Arsenal.com.

“My intention is to keep Auba obviously because I know that if we keep Auba with us, we’re going to be stronger and closer to winning football matches. That’s the only thing.”

“I don’t know [how confident I am that he will stay], we haven’t discussed that. But I’m confident that he’s very happy here because that’s what he said in the media.”

Aubameyang missed Arsenal’s FA Cup match against Leeds United on Monday due to an illness but he is expected to be back this weekend when the gunners face Crystal Palace at Selhurst Park. Arteta will be hoping that Aubameyang and his comments put an end to reports linking him to Barcelona.

Transfer Report: How Arsenal could lose Alexandre Lacazette this January

Report: Four Arsenal players that will leave Arsenal in the January transfer window