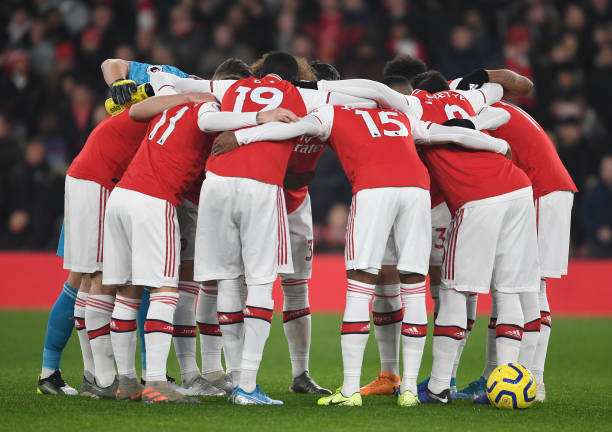 Arsenal will on Saturday make a visit to the Selhurst Park to face Crystal Palace and this will be a perfect opportunity for Mikel Arteta to get his first away win because The Eagles have an injury crisis. The gunners come into this match after back to back wins in the Premier League and the FA Cup and so the Arsenal squad will be hoping to get a win there to boost their confidence.

Arsenal has been very poor away from home in the last three years but Mikel Arteta will be hoping to change this by starting with a win over Crystal Palace as defeating the smaller sides at home and away is very key to getting a Premier League top four finish. Crystal Palace have always been a tough side for Arsenal to beat as they defeated the gunners at the Emirates last season and made a 2-2 draw there this season, Wilfried Zaha has been influential in both results and so Arteta will have to find a way to stop him tomorrow.

Crystal Palace are currently in the nineth position on the Premier League table and even though they have injuries, they will still go for this game as they understand how Arsenal have been defensively poor this season and getting three points would keep their hopes of getting a UEFA Europa League spot alive.

Arsenal will be without Kieran Tierney who is out until March and of course Calum Chambers who will be on the sidelines for atleast nine months. Hector Bellerin is a doubt for the game as he is still battling with a hamstring injury.

Crystal Palace will be without a lot of players like Mamadou Sakho, Scott Dann, Patrick van Aanholt, Joel Ward and Jairo Riedewald due to injuries. The Eagles captain Luka Milivojevic will also miss the match due to a red card suspension. They have however received a boost with the return of Benteke.

Chelsea Vs Arsenal: All you need to know

Arsenal Vs Leeds United: All you need to know