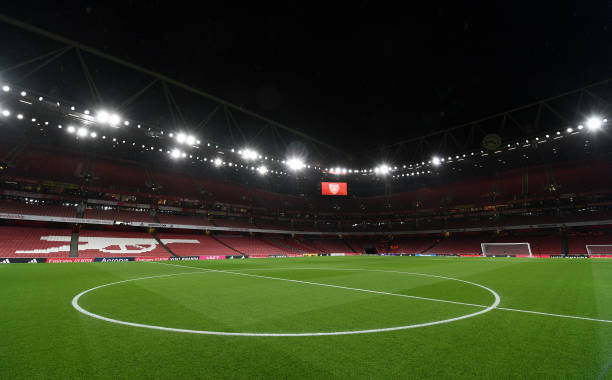 The January transfer window has already opened and Arsenal has definitely begun searching for new players that would improve them but there will also be some of their players that leave the club in this transfer window. So we take a look at a few Arsenal players that have a high chance of leaving the Emirates before the end of the month.

Shkodran Mustafi joined Arsenal for £35million in the 2016 summer transfer window and he has turned out to be a massive flop as he is considered to be one of the reasons that the gunners haven’t qualified for the UEFA Champions League ever since he arrived. There has been reports that Arsene Wenger wanted to sell him after his first season but he however didn’t want to leave and the same happened under Unai Emery as he publicly said that the German international was free to leave the club in July.

As reported recently, Shkodran Mustafi has hired new representatives because he hopes that they will be able to help him get a move away from the Emirates as Mikel Arteta doesn’t have him in his plans as he even left him out of the matchday squad that faced Leeds United. Multiple journalists and Arsenal’s team news confirmed that Shkodran Mustafi was not injured and was intentionally left out of the matchday squad hinting at a possible exit. Some German clubs have been interested in Mustafi in the past and it is very likely now that one of them could finally take him this January.

Arsenal decided to loan Mohamed Elneny to Besiktas in the summer transfer window after Unai Emery told him that he wouldn’t assure him of minutes as he wanted to give more chances to youngsters like Joe Willock. Mohamed Elneny arrived at Arsenal in the 2016 January transfer window and he had a great first six months but he has however failed to impress two managers ( Emery and Wenger ) to earn a starting spot.

Mohamed Elneny could cut short his loan at Beskitas as his father confirmed two weeks ago that his son was in negotiations with Serie A’s AC Milan.

“Negotiations between Mohamed and Milan are in an advanced phase, but the contract isn’t signed yet.” said Elneny’s father as quoted by King Fut.

“Mohamed is doing well in Besiktas, but he wants to move to Milan because the Italian league is strong.”

Emile Smith Rowe was loaned in January last season but he however failed to make an impression because he was injured throughout almost his loan spell. Emile Smith Rowe’s loan move was blocked in the summer because the gunners needed options after the club had sold Alex Iwobi but the young winger has had many injury set backs and has seen the likes of Martinelli and Nelson get ahead of him. Speaking in The Athletic podcast about transfers, highly trusted journalist David Ornstein claims that Emile Smith Rowe could get loaned before the end of this month. He however claims that 19-year-old would be loaned to an English side.

The gunners will be loaning out Eddie Nketiah again according to David Ornstein in the transfer daily podcast. Ornstein claims that The 20-year-old is apparently being approached by a number of Championship clubs like Sheffield Wednesday, Nottingham Forest and Bristol City.