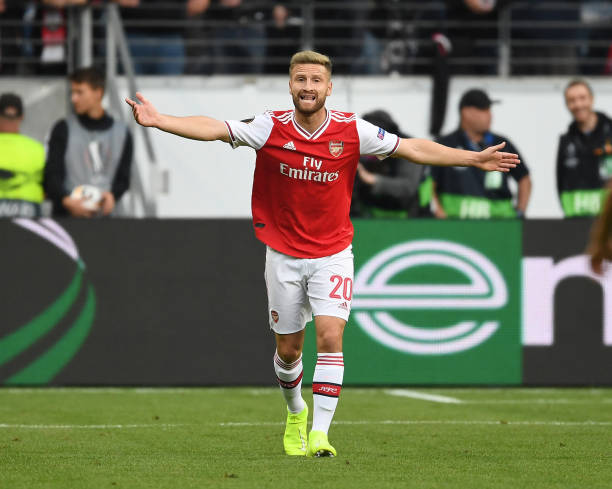 Arsenal defender Shkodran Mustafi has been heavily criticized in the last few years and he has this season received little game time since the club wanted to get rid of him in the summer transfer window. It was believed that Mikel Arteta would keep Shkodran Mustafi for atleast until the end of the season after Calum Chambers got ruled out for six to nine months but that might not be the case with the latest reports coming out.

Shkodran Mustafi was one of the reasons that Arsenal did not get a Premier League top four finish last season as he made many errors and the fans have been calling for his sale for a long time but the German international has not shown to have any intentions of leaving. The Mirror is however reporting that Shkodran Mustafi has changed his agents and that they would meeting the club’s hierarchy soon, making the January departure of the central defender possible.

The report claims that Mustafi’s agents will be talking to the club about the game time of their client and so it looks like if they don’t get any assurances, they could push for a move away from the Emirates which would be a bit problematic for Mikel Arteta as he doesn’t have many options if the German international leaves in this transfer window.

Arsenal has already been linked with a number of centre backs in the last few days but them getting one in this transfer window could depend on the decision that Mikel Arteta makes on the future of Shkodran Mustafi who clearly wants enough game time. The gunners are currently participating in the Premier League, UEFA Europa League and the FA Cup and so they will need enough players in different positions.

Transfer News: The truth about Thomas Lemar to Arsenal reports