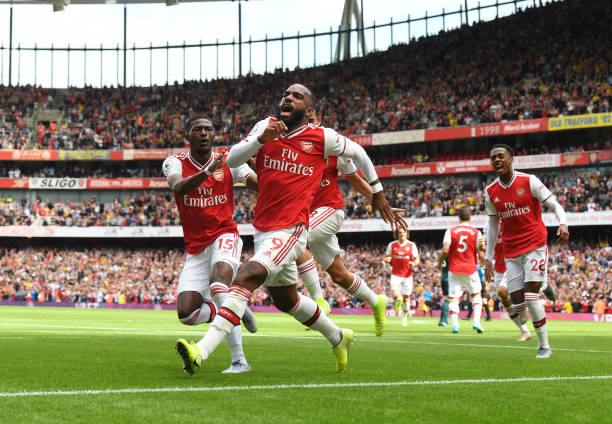 Alexandre Lacazette hasn’t been on form this season but he is still an important player at Arsenal because he is no longer just a back up for Aubameyang but he now also starts because he can help create chances for others and has a very good work rate.

Even though Alexandre Lacazette is enjoying his time at Arsenal now but he has always spoken how he wants to be playing in the UEFA Champions League and so with the January transfer window open, there is a high chance that he might leave the North London club this time for a UEFA Champions League club.

(L-R) Alexandre Lacazette of France and Thomas Lemar of France before the soccer friendly match between France and Paraguay at Roazhon Park on June 2, 2017 in Rennes, France. (Photo by Dave Winter/Icon Sport)

“Lacazette is a second option for Atletico Madrid. If they can loan or maybe there is a transfer for Lacazette, it’s always if Thomas Lemar goes to Arsenal and that will be the agreement.” Spanish football expert Alvaro Montero told Sky Sports.

“They are meeting in Paris to ask, maybe not for the transfer, but for a loan and that is Diego Simeone’s first option.”

Thomas Lemar was very impressive in his time at Monaco but he has however failed to impress at Atletico Madrid and Diego Simeone wants him out of the club as soon as possible since he is yet to get a goal this season. Lemar scored three goals last season but it is however a poor return since he cost €60 million.

It would be interesting to see if the gunners would accept a direct exchange of Lacazette and Lemar because they would be losing a striker but getting a natural winger instead which could help in balancing the Arsenal squad. Arsenal’s head coach Mikel Arteta has however showed that he likes Lacazette as he starts him as centre forward instead of Aubameyang who is the club’s top scorer.