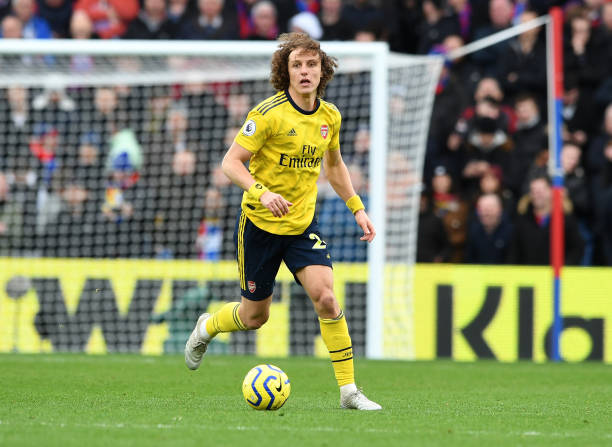 Arsenal completed the signing of David Luiz from Chelsea in the summer transfer window after their captain Laurent Koscielny decided to force a move away from the Emirates in order to go back to his country. Luiz signed a short-term deal with the gunners but it looks like his recent performances may change that.

David Luiz’s move to Arsenal came as a big surprise to everyone since many thought that the Brazilian international would be happy to work under his former teammate but that wasn’t case as he and Lampard didn’t come to an agreement after the new Chelsea boss explained what he needed from his centre backs. The gunners then later signed him and after having a shaky start under Unai Emery, the former Chelsea man has started having better performances under Mikel Arteta.

And it looks like Mikel Arteta has been so impressed with the performances of David Luiz, that he is going to now trigger the one year extension in the deal that saw him come to the Emirates Stadium in 2019 according to The Sun. The report says that Mikel Arteta has been happy with Luiz’s performances and wants the club to trigger the one year extension clause in Luiz’s contract to extend his stay at Arsenal until 2021. Luiz has in the last few months shown that he could be an outstanding leader in the Arsenal dressing room as he has been rallying up the gunners in the last few games despite not being one of the captains.

The 32-year-old has in the last decade shown that he is a great ball playing centre back and that is definitely one of the main reasons why Mikel Arteta will be looking to keep him at the club for much longer since he wants to play possession football. David Luiz looks like he is currently happy at Arsenal and he even said that his new boss, Mikel Arteta will go on to be one of the best coaches in the world.