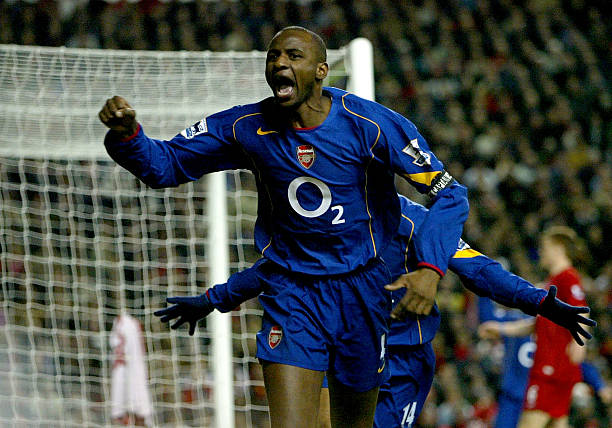 Patrick Vieira is one of the best midfielders to have ever played in the Premier League and the gunners have up-to now failed to get a player that can fill the void that he left when he decided to leave Arsenal in 2005. Arsenal legend Gilberto Silva who was a teammate of Patrick Vieira has revealed the player in the squad of the North Londoners that would have had the same impact if given more minutes.

Arsenal have over the years signed many players with the hope of getting another player that would be impressive for them in midfield like how Patrick Vieira and Gilberto Silva were but they have however failed in every attempt, and the club has just kept regressing even with the change of manager. Gilberto Silva who was among the Arsenal invincibles was asked about why the gunners have failed to get good replacements for him and Vieira and he has given a surprising name to a player that resembles the Frenchman.

Gilberto Silva says that Mohamed Elneny who joined Arsenal in 2016 is the player that he believes resembles him and Patrick Vieira but claims that the gunners have always focussed on attacking football hence not signing players in the defensive midfield position.

“In the last few years, the situation has been difficult at Arsenal. They have very similar players in midfield, with profiles that resemble each other and not really players of the profile of Patrick Vieira, or even my profile.” Silva told France Football as quoted by Get French Football News.

“The only individual who resembled (us), that could have been Mohamed Elneny, but he didn’t play. But they have not really had those types of players to cover the defensive midfield position.”

“Arsenal always plays positively, trying to deploy an attacking game, and it is not easy to find someone to marry the ability to play the forward game and to do the work in the shadows in the defensive phases.”

Wilshere speaks out on his time at Arsenal and his frustrations

Aubameyang receives a strong transfer warning from an Arsenal legend