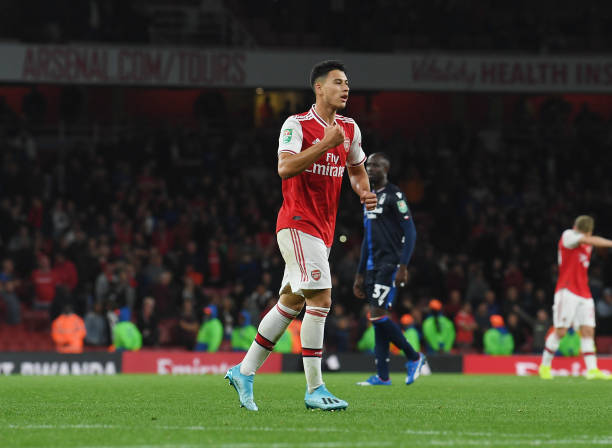 Arsenal completed the signing of Gabriel Martinelli from Brazilian side Ituano in the summer transfer window and the 18-year-old has been impressive for the North Londoners this season as he has scored 10 goals as well as making two assists.

Gabriel Martinelli joining Arsenal last year was seen as bringing in a young player for the future but he has however surprised everyone by hitting double figures in his first season in England and he has received some immense praise from the fans and managers, including Juergen Klopp’s famous comment in which he says that Martinelli is a generational talent.

Gabriel Martinelli has this season become a fan favourite at the club because the fans absolutely love it when a young player impresses as it gives them hope in the future of their club and the Brazilian international has spoken out on what he wants to achieve at the Emirates Stadium.

“I’ve already said that I want to make history at this club. I want to become a legend, score lots of goals and win trophies for the club and the fans, who I am very grateful for everything they’ve done for me.” said Martinelli on an Arsenal platform.

An Arsenal fan reading the above statement will feel happy and proud, and will also hope that Gabriel Martinelli stays true to his words since they’ve in the past decade seen their best players leave in quest for success despite having made similar statements.

Martinelli hasn’t been a regular starter under Mikel Arteta despite scoring two goals under him but he will however definitely be ready to go into his first starting eleven when the season resumes. The gunners were on a three game winning run in the league but the pandemic has however put a stop at their rise when they had looked set to go back into the race for a Premier League top four finish.