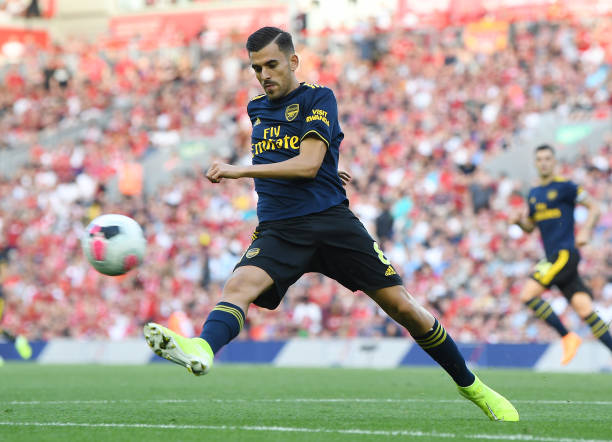 Arsenal signed Dani Ceballos on a season long loan from Real Madrid in the summer transfer window last year and he has managed to only get two assists and one goal in his time at the Emirates Stadium. The gunners signed Ceballos hoping he could prove to be a replacement for Ozil but he hasn’t been one and is being played in a different role by Mikel Arteta.

Ceballos joined Arsenal last year so that he could get minutes and experience and even though the gunners didn’t get an option to buy him clause inserted in the deal, the fans were still hopefully that they would be able to sign him if he was impressive at the club but he however had one game in which he assisted twice as the North Londoners beat Burnley 2-1 at the start of the season.

Arsenal fans are divided on whether they would like their club to sign Dani Ceballos but a report from Spanish outlet El Confidencial claims that the gunners have zero plans of permanently signing the player from Real Madrid at the end of the season. They say that Arsenal don’t have an option to buy him as already known and that they are not interested in signing him permanently despite some of the hints that he has made about wanting to stay.

Mikel Arteta didn’t fancy Ceballos in his first few weeks as the head coach but he however later introduced Dani Ceballos to the starting eleven and he has since then started most of the games and he has been impressive in some of those matches hence some section of the Arsenal fanbase calling6 on the club to try and permanently sign him.