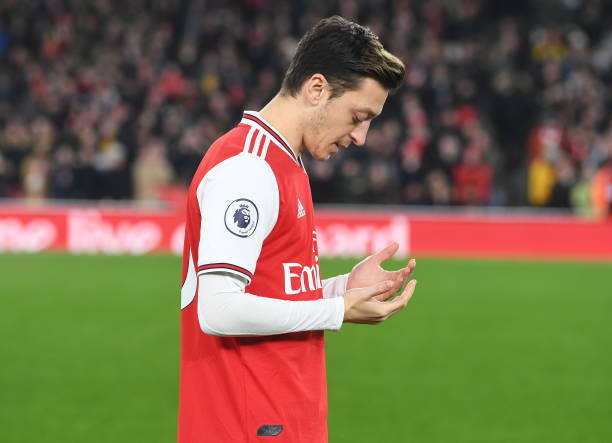 Mesut Ozil joined Arsenal in 2013 and he was very impressive for the gunners during that period until 2018 when he put pen to paper to the one last big contract of his career at the Emirates Stadium and he has since then struggled to have a consistent run of games with good performances. Bernd Leno has however come out in support of the German international.

Mesut Ozil’s new £350,000 a week wages deal saw him become the highest paid player at the club and he has however failed to continue to have similar performances as in the past and him failing to have an understanding with Unai Emery didn’t help as the Spanish head coach decided to continue keeping him out of the matchday squads even though he was okay.

Mesut Ozil has just one goal and assist in the Premier League this season and he has received immerse criticism from the Arsenal fans as well as pundits about how he could have such low numbers while being the club’s chief creator but his club and country teammate Bernd Leno has shown support to the 31-year-old by explaining why the former Real Madrid star does more than assisting or scoring.

“I think his passing is very good, it’s unbelievable. Of course, in the last time he didn’t make too many assists but when you see how many chances he creates, he is maybe playing the one pass before the assist.” Bernd Leno told told Soccer AM.

“He brings his team-mates into good positions and many people, they don’t see this. But when you see him every day in training and also on the pitch, you can feel how important he is and how important his passing is for the team.”

Mesut Ozil still has one year remaining on his current contract at Arsenal and there hasn’t been any signs that he will be leaving the North London club in the summer but as for Leno, he will be hoping that the German international could be given more respect by the fans and pundits since they are the group of people who continually over criticise him.

Report: Premier League return date finally set and why Arsenal will be happy with this