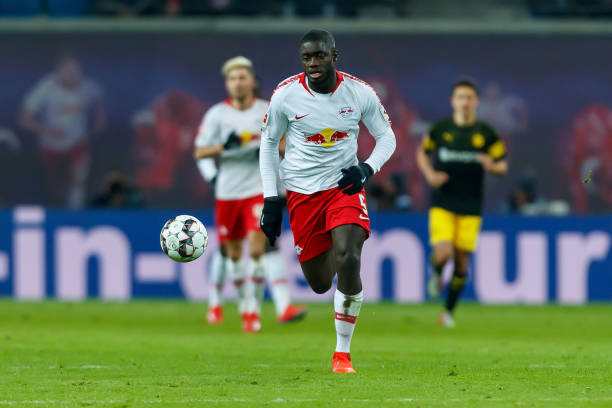 Arsenal have been heavily linked with a move for RB Leipzig defender Dayot Upamecano as its understood that the North Londoners will atleast be hoping to bring in one more centre back before the start of next season. Upamecano has been impressive this season and it is reported that Arteta would like to have him in his squad and his agent has commented on the future of his client.

This isn’t the first time that the gunners have been linked with a move for Dayot Upamecano as they were also hoping to sign him in last year’s summer transfer window but failed due to not having enough funds to complete the deal as they had used most of their funds to bring in Nicolas Pepe. Upamecano has been once again linked with a move to Arsenal since his price has reduced due to his contract having just one more year left but his agent has however made some disappointing comments that show that the North Londoners might not get him.

“And I think Upamecano is a player who will demand a large fee. So the statement has already been made.”

Most clubs have all taken financial hits due to the Coronavirus shutting down most leagues and so what the agent is saying could be true as his comments come just after there were reports that Upamecano has just decided to stay at RB Leipzig for one more year before making his big move to a top club. This will probably make Arsenal head coach Mikel Arteta to look elsewhere since it was reported that the 21-year-old was his main centre back target for the summer transfer window.