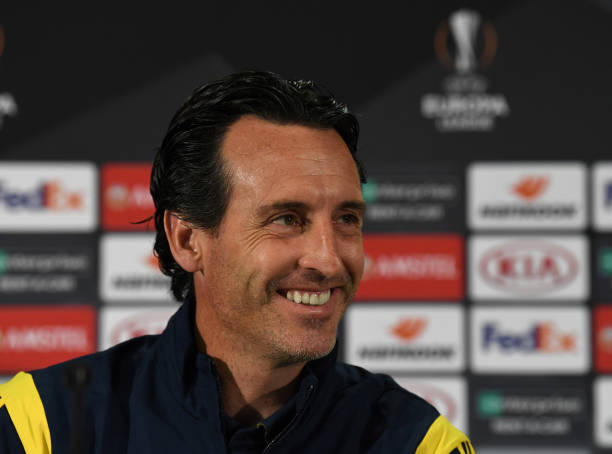 Arsenal completed the signing of Nicolas Pepe in the summer transfer window but former gunners head coach Unai Emery has spoken out on why he was keen to sign a different player even though the Lille man was impressive in the 2018/19 campaign. The former Arsenal boss says that he wanted another player over the 24-year-old due to a number of reasons.

Nicolas Pepe was very impressive last season as he scored 22 goals as well as making 11 assists and since getting a new winger was one of Emery’s main transfer requirements, the gunners decided to try to  sign the Lille winger and they broke their transfer record to bring him to the Emirates Stadium for £72million.

Former Arsenal head coach Unai Emery has confirmed that he wanted Crystal Palace’s Wilfried Zaha over Nicolas Pepe because he was preferring to get someone who already had immense experience in the Premier League but he however claims that the club decided to however go for the other option due to some reasons.

“I told them: This is the player I know and want.’ I met Zaha and he wanted to come. The club decided Pepe was one for the future. I said: ‘Yes, but we need to win now and this lad wins games.’ He beat us on his own.” said Unai Emery as quoted by Sky Sports.

“It’s also true he was expensive and Palace didn’t want to sell. There were a series of decisions that had repercussions.”

Nicolas Pepe has struggled in the Premier League this season and so this brings up the question whether the North Londoners should have listened to Unai Emery who was their head coach at that time. Unai Emery got sacked in November last year and he has however started opening up about the behind the scenes information that the fans might have not known about.