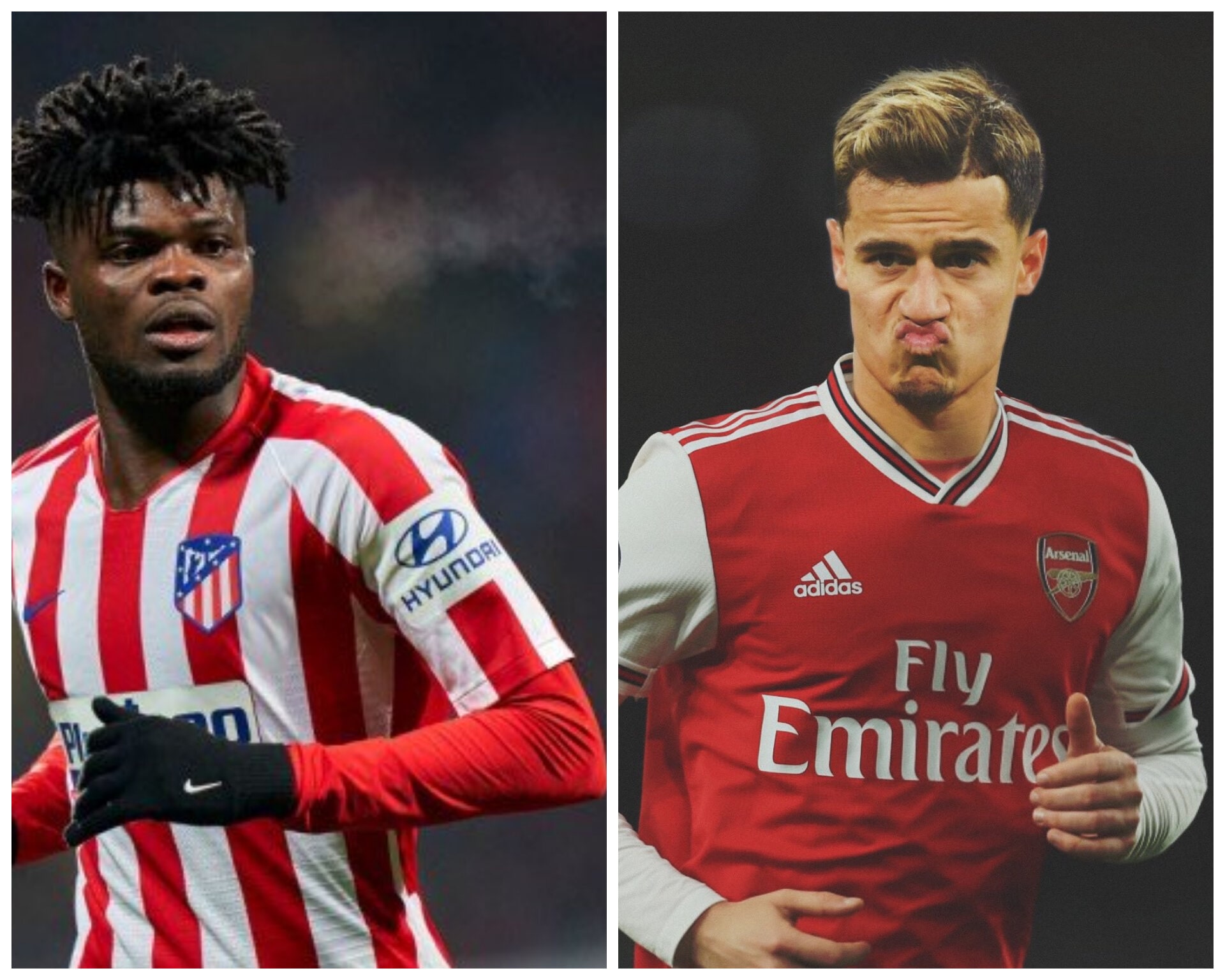 The Premier League 2019/20 season is not over yet but clubs have already done some work in preparation for the summer transfer window and Arsenal have been linked with many players but the most reports have claimed that they will try to sign Atletico Madrid’s Thomas Partey and Barcelona’s Philippe Coutinho.

Arsenal’s boss Mikel Arteta will be hoping to start the 2020/21 season with a full and better squad and we take a look at how these two players could fix many issues for him in terms of trying to find balance in the squad. It is understood that Arteta wants Arsenal to play using the 4-3-3 formation but he is however not with players that can allow him do it at the moment but here’s how he might set up his team next season with the signing of Philippe Coutinho and Thomas Partey.

ARSENAL PREDICTED LINEUP FOR NEXT SEASON WITH PARTEY & COUTINHO

Bernd Leno will obviously not be going anywhere and so he will definitely be Arsenal’s first choice goalkeeper for next season.

Pablo Mari joined Arsenal on a loan deal but most reports say it will be made permanent and so him and Luiz could be partners while having Bellerin & Tierney on their sides.

Philippe Coutinho is a versatile midfielder that was once one of the best players in the Premier League and it’s believed that he didn’t like playing as a winger at Barcelona. Arteta will not be making the same mistake as he will probably finally play using a three-man midfield with Thomas Partey being the shield behind Xhaka and then Coutinho trying to connect with the Arsenal front three.

Coutinho and Partey would be suitable in a three-man midfield since one is a good defensive midfielder while the other is more attack minded and would appreciate the freedom to go forward since Xhaka and the Ghananian international would be providing cover.

The Aubameyang, Lacazette and Pepe front three hasn’t been impressive in the very few times that it has started together but a player like Coutinho could be the person to unlock them as he is skillful and would excel with Pepe who is great in tight spaces.

Report: Premier League ease one new restriction and Arsenal’s Arteta will benefit from this!