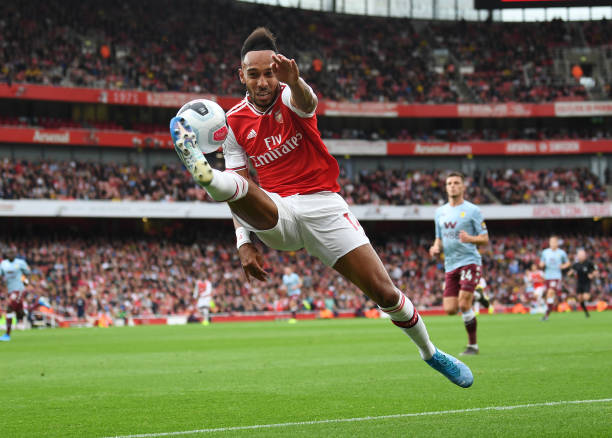 Arsenal is yet to agree on a new deal with their captain Pierre-Emerick Aubameyang and since he will be entering the last year of his current deal in the summer, many clubs will try to tempt him with a move away from the Emirates Stadium. Inter Milan have been among the most heavily linked clubs  with a move for Aubameyang and its now  reported that they have a new proposal.

Aubameyang signed for Arsenal from Borussia Dortmund in the 2018 winter transfer window on a record fee and he has bee an outstanding signing as he won the golden boot in his first full season at the club and is now in second place for this year’s race for the boot. The gunners have however found themselves in a dilemma as Aubameyang will in July have one year remaining on his deal and he has yet to agree with the club over a new deal.

Inter Milan have been heavily linked with a move for Arsenal striker Aubameyang and its now being reported by The Mirror that the Italian club will try to convince the gunners to agree to a swap deal that would see their attacker Mauro Icardi come to the Emirates Stadium while the Gabon international goes to the San Siro. This would be an interesting deal because both Aubameyang and Icardi will soon be entering the final year of their deals and there isn’t any sign that they will be renewing with their respective clubs.

Mauro Icardi was loaned to Paris Saint Germain this season because he fell out with the Inter Milan hierarchy and he has been impressive for the French club as he has scored 20 goals in less than 30 appearances. The 27-year-old is without a doubt a clinical finisher but it’s however not known if Arsenal would agree to such a swap deal when the last time they did something like this, it backfired or whether he would fit well in Mikel Arteta’s philosophy for his team.

Report: The two demands that Willian demands before joining Arsenal