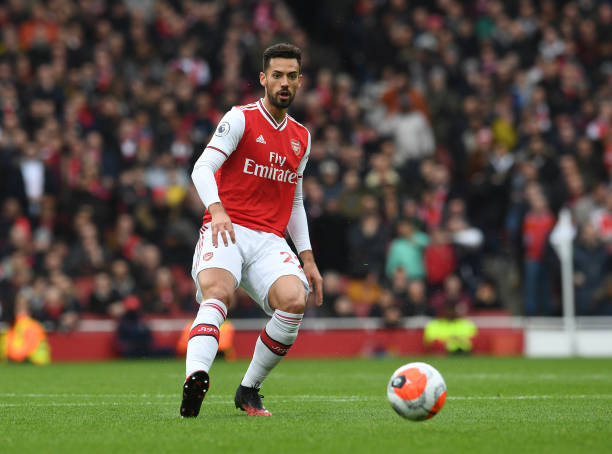 Arsenal completed the signing of Pablo Mari from Flamengo on a loan deal in the January transfer window and he had made only just two appearances for the club when the COVID-19 pandemic put an end to all sporting events throughout the world. The Spanish centre back has hint at his future at Arsenal.

Arsenal went into the January transfer market with a tight budget and were forced to only acquire players on loan deals and Pablo Mari who had just won the Brazilian league title with Flamengo was brought to the Emirates Stadium at the end of the winter transfer window but the club waited a month before using him since he had to get into shape since their season ends earlier than those in Europe.

Pablo Mari arrived at Arsenal on a six month loan deal and he recently had a AMA session with gooners and one asked him how he felt when he arrived at the club and he then replied with an answer which included a hint that he wants the gunners to permanently sign him.

“I was feeling like I am in a historical and traditional club. I already knew it’s a big club because when you are young and you see the Premier League you always look at Arsenal like an unbelievable team.” said Mari in AMA session on Reddit.

“But you only know how big Arsenal is when you come inside. I feel like I’ve improved a lot in myself and can improve with this club to be a better player. So I am feeling really well when I signed the loan with Arsenal and I hope I can extend this to permanent with them because I am ready to fight together with Arsenal.”

Pablo Mari’s loan deal is supposed to end in July but the pandemic has probably messed up the schedule and so the gunners will have him for a longer period but they will still have to make a decision as to whether they sign him permanently but what’s for sure is he wants to remain as an Arsenal player as per his above response.

Report: The latest on Premier League return and why Arsenal needs season finished

Revealed: What Arteta said on why he continues to play Aubameyang as a winger