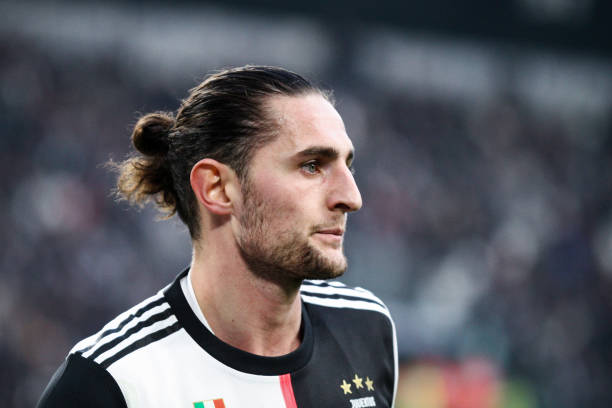 The gunners will be looking to sign atleast two midfielders in the summer transfer window since Arteta supposedly wants a new defensive midfielder and they will also need one another who will be able to fill the void left by Dani Ceballos. Arsenal have become the latest side to become linked with a move for Juventus midfielder Adrien Rabiot.

Adrien Rabiot joined Juventus on a free deal in last year’s summer transfer window after Paris Saint Germain decided not to renew his deal since he had clashed with the executives of the team but it looks like he could be moving just a year after joining the Serie A as he is now getting linked with a move to Arsenal who definitely want a new midfielder in the upcoming transfer window.

A report by French outlet le10sport claims that both Arsenal and Everton will go head to head to try to sign Juventus midfielder Adrien Rabiot since he hasn’t managed to become a regular starter in Sarri’s starting eleven and this might not be a big surprise to most gooners since they were among the clubs that wanted him on a free in the summer transfer window but failed to convince him to come as they couldn’t guarantee UEFA Champions League football.

The report claims that Juventus will have an asking price of over €30million for Adrien Rabiot and this will be a deal that could make sense for them since Matteo Guendouzi is not mature yet, will be losing Dani Ceballos at the end of the season and there is a huge possibility that Torreira could return to Italy hence the new for a new midfielder. Rabiot is a talented player that could suit Arteta’s philosophy and so it will be interesting to see if the gunners can try to get him even though he has a bad record of having problems with clubs that he plays for.