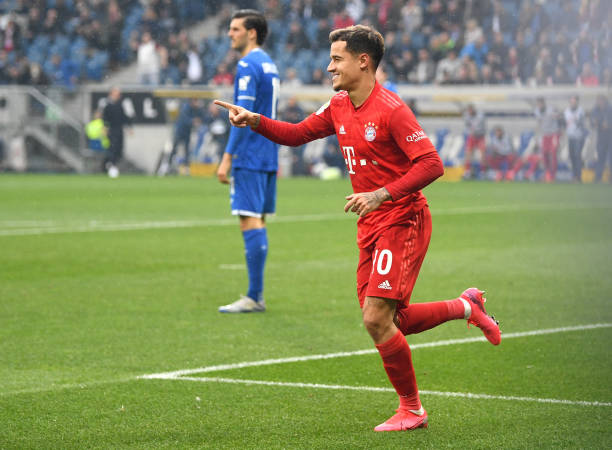 We still don’t know when the 2020 summer transfer window will open but that won’t stop teams from preparing for next season and transfer reports have have surfaced a lot in these last few weeks. Arsenal have been heavily linked with a move for Philippe Coutinho and its now being reported that they will only sign him on two conditions.

Philippe Coutinho got loaned to Bayern Munich at the start of this season and he had a great start to life as a Bavarian but he has however failed to do enough to make the German side sign him permanently from Barcelona. As things stand, Coutinho will be returning to Barcelona in the summer transfer window and it’s believed that he will be transfer listed as the Catalan club wants to raise funds after taking a financial hit due to the COVID-19 pandemic.

The Express is now reporting that Arsenal will only sign Philippe Coutinho from Barcelona on two conditions with those being, it must be a loan deal and that the North Londoners don’t have to pay his full wages that are reportedly £250,000. It is no big surprise that Arsenal would want to sign the Brazilian international on these two conditions as they will obviously not have enough funds to sign him and them paying his full wages would mess up their wage bill.

It has already been reported that Arsenal will be making a huge loss due to them having no matchday revenue for their last four home games and the club recently announced that they had agreed with the players to take a 12.5% pay cut, and so this shows why the North Londoners will be hoping to be able to secure the signing of Philippe Coutinho on loan and without having to pay his full wages.

Report: Arteta selects the three Arsenal centre backs to put up for sale in the summer