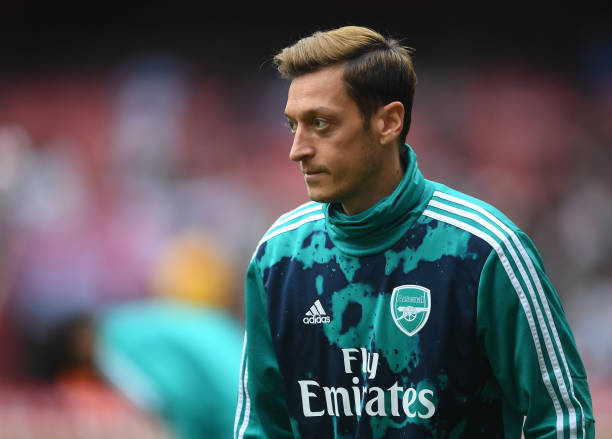 Mesut Ozil signed a new contract with Arsenal in 2018 but the club has however lived to regret that decision as the German international has had a huge drop in form in the last two years. The 31-year-old has been linked with a move to Fenerbahce for a long time now and his close associate Acun Ilicali has revealed some details about the interest from the Turkish club.

The new deal that Mesut Ozil signed in 2018 saw him start earning £350,000 a week wages and this has proved to be problematic for the club because he is now stressing the already high wage bill of Arsenal. Most people believed that Mesut Ozil would finally leave the Emirates Stadium in last year’s summer transfer window since it was clear that the then Arsenal boss Unai Emery was not a big fan of the player but he however stayed despite the strong interest from Fenerbahce.

Ozil has managed to provide a single assist

Fenerbahce have always been a club that would like to have Mesut Ozil in its squad and their interest hasn’t been just in reports as their leaders do sometimes say that they would love to have the German international but that their resources wouldn’t be able enough to bring him. Ozil’s friend Acun Ilicali has however revealed that Fenerbahce could try to get the 31-year-old on a free deal after his current contract with Arsenal begins.

“I receive lots of questions about Mesut Ozil. I believe in the future the good things will happen.” Acun Ilicali said in a live Instagram AMA as reported by Sportswitness.

“I’m not in a position to give details but I know our president is also working hard for this. When his contract with Arsenal will expire, the favourites would be Fenerbahce. We are also working on that front.”

“I really wanted to tell you in more detail, but I cannot. We’ll talk about these things when the time comes.”