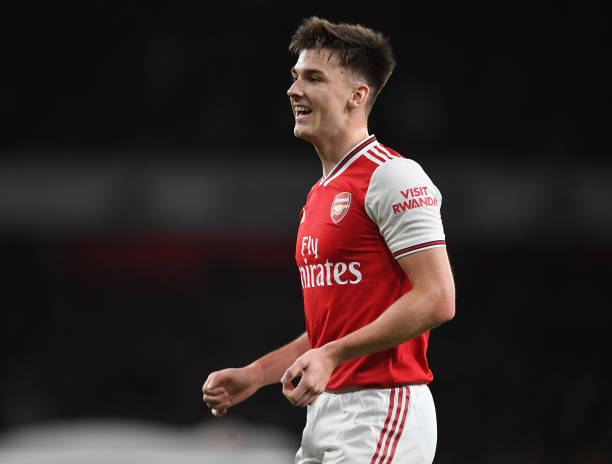 Kieran Tierney joined Arsenal from Celtic in the summer transfer window for £25million and the gunners and him have been unlucky this season as the Scottish fullback came when he was injured and then later got injured again. Tierney is yet to play for Arteta but he has however praised how the new Arsenal head coach is making everything exciting.

Tierney immediately started rehabilitation after he signed his deal with Arsenal since he arrived at the North London club with a hip injury and he then after a few months made his debut for the gunners and was very impressive. Tierney then made some appearances from time to time during Emery’s last games and Freddie Ljungberg’s managed games, the 22-year-old got injured in Arsenal’s 3-1 win over West Ham United and he has since then never featured for the gunners.

Arsenal announced Mikel Arteta as their new head coach in December, 2019 and he has made an incredible first impression as he won over the hearts of the fans and has as well as really surprised the players about how he is intelligent. Tierney says that he is looking forward to working under Arteta and that he has been mesmerized about how the new boss wants to make the squad start to click together as a team.

“I’ve seen all his video meetings, I’ve been in the meetings together as a team. Before the games, after the games, and just his analysis is amazing. In Dubai for the winter break, I was doing some one-to-one work with him (Arteta) , and that’s when I realised ‘this is brilliant.” Kieran Tierney told Sky Sports.

“You should know where the left mid’s going to be, the centre-mid, so you can just play in sync. Everybody’s one brain and I think that’s perfect.