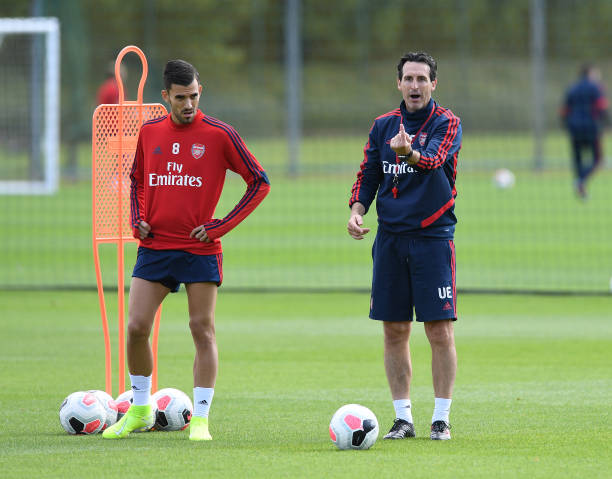 Arsenal appointed Unai Emery as their new head coach in 2018 and he led the gunners to a fifth place finish as well as taking the team to the UEFA Europa League final but things turned sour for him this season and he got sacked. The former Arsenal boss has sent a message to the fans about Dani Ceballos.

Arsenal completed the signing of Dani Ceballos from Real Madrid on a loan deal in the summer transfer window and he was very impressive in his first match as a gunner as he assisted twice against Burnley , and that instantly made him a fan favourite as his first impression was delightful.

Ceballos failed to replicate that performance again as he then later started playing poorly in the Premier League and the UEFA Europa League and then later got injured in a European game in November, and this saw him miss many months of football as he was only able to restart getting minutes in the last five games before the league got suspended due to the Coronavirus.

Former Arsenal head coach Unai Emery who was one of the people who made sure that Ceballos come to the Emirates Stadium says that the Spanish midfielder is still a valuable player that will impress when the league returns.

“Dani is a player who has excellent qualities and an incredible mentality: he wants to succeed.” Unai Emery told Spanish outlet AS.

“For Arsenal it was a great market opportunity. He played with me, then he was injured and he was out for a long time, he has recovered and now, when the league resumes, he will certainly demonstrate his qualities again.”

Dani Ceballos has also indeed been impressive in the last recent games under Mikel Arteta as the central midfielder worked hard in training to prove to the new boss that he deserves a spot in the starting eleven.