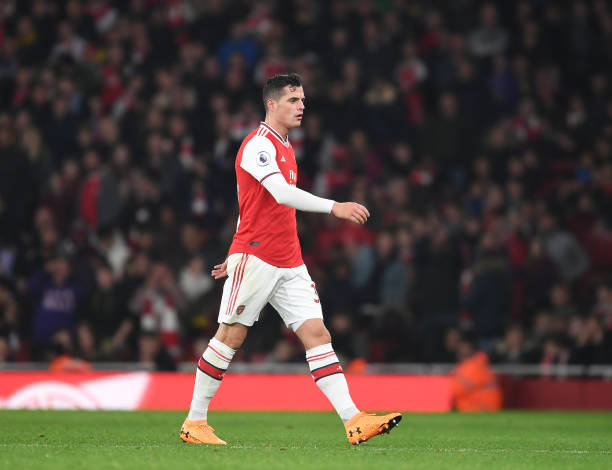 Granit Xhaka has faced immense criticism this season and things got worse in October when he clashed with the Arsenal fans when he got booed by them as he got off the pitch in a game against Crystal Palace. The Swiss international got booed and he also got angry and is believed to have sworn towards the angered Arsenal fans while waving his arms at the crowd, cupping his ears towards them.

Granit Xhaka was Arsenal’s captain at that time and so this obviously became a big headline since he had only been chosen as a leader a few weeks back and as a result, the then gunners head coach Unai Emery decided to strip him off the captaincy and gave it to Pierre-Emerick Aubameyang since he was second in line as per the five captains that he chose.

Everyone thought that it would be the last time that Xhaka was seen in an Arsenal shirt but he however returned and has been one of the best performing players under Mikel Arteta since the new boss has implemented a system that hides his weaknesses. Xhaka has however sent a message to the Arsenal fans saying that there was maybe a misunderstanding and claims that he always gives 100% got the North Londoners.

Xhaka angrily walks of the pitch after creating a scene

“The subject is closed for me. Maybe it was also a misunderstanding, and both sides overreacted a bit.” said Xhaka as quoted by journalist James Benge.

“The fans can be sure that I always go beyond my limits and give everything for Arsenal.”

Granit Xhaka was heavily linked with a move away from Arsenal in the January transfer window but it looks like Arteta’s intervention helped him settle down and try to change the relationship between him and the supporters, and it looks like it has certainly worked as he is no longer getting a lot of hate from the fans online as he used to endure in the past.