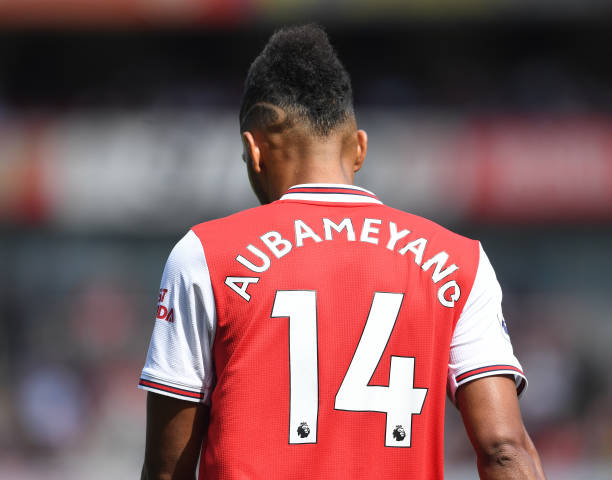 Arsenal striker Pierre-Emerick Aubameyang has entered into the final year of his current contract at the Emirates Stadium and they have been many reports claiming that the Gabon international will leave the North London club in the summer transfer window. Aubameyang has however opened up about his future.

Aubameyang joined Arsenal in the 2018 summer transfer window and he has scored 61 goals in that period and so the fans have been closely following his case since they want him to stay at the club as he is the best player in the squad. Aubameyang’s current contract at Arsenal will expire in 2021 and it is believed that he will be sold this year to avoid losing him for free but he has finally publicly spoken about his future at the Emirates Stadium for the first time.

Aubameyang who is Arsenal’s captain has revealed that he has indeed had some talks with the club about this topic but claims that they are the ones that hold the key on whether he will agree to a new deal or not. The 30 year old also mentions that this will be the toughest decision in his footballing career.

“Recently I have not received an offer to extend. But of course we have had exchanges with the club, for a fair few months now. And they know very well why so far nothing has happened. They have the keys.” Aubameyang told Téléfoot as per Get French Football News.

“Up to them to do their work and after that we will see how things go. As you said it is a turning point in my career, and I will be very frank with everyone, it will certainly be a very difficult decision to make. Because I still have not decided and we will see. It will maybe be the most important decision of my career.”