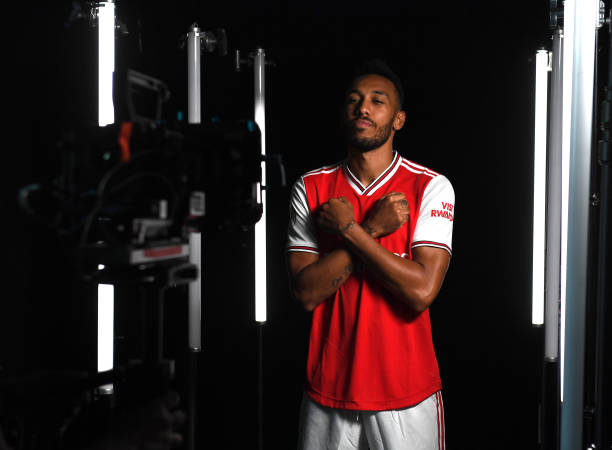 Arsenal has spent the last few months trying to renew the contract of their captain Pierre-Emerick Aubameyang because he has been impressive for them as he has scored 49 goals in all competitions in100 appearances. New reports are now claiming that Aubameyang has set a target that Arsenal must meet before he signs a new deal.

Aubameyang has been impressive for Arsenal this season as he has scored 20 goals in all competitions but the gunners are however in a tough position as the Gabon international has entered into the final year of his current deal at the Emirates Stadium hence many clubs getting confident of getting him since his price is now low due to age and having just one year remaining on the contract.

A report by French outlet le10Sport is claiming that Arsenal striker Pierre-Emerick Aubameyang will only be putting pen to paper to a new deal if the gunners are confirmed to be playing in Europe next season and they also say that Serie A side Inter Milan are in pole position to sign the 31 year old if he decides to leave the Emirates Stadium in this upcoming summer transfer window.

Arsenal are now in the 11th position but if Aubameyang could stay as long as they qualify for UEFA Champions League or UEFA Europa League then this will give them fans hope that they could meet his target since Manchester City UEFA ban allows fifth placed sides to get UCL and 8th position could also get UEL football. The report also adds that Juventus have entered the race for Aubameyang and that they will be monitoring his situation since they could be on the lookout for a new striker for next season.

Mikel Arteta has been very vocal about his plans of trying to keep Aubameyang at the club and even though the player doesn’t usually talk much media about his current contract situation, he did recently say that it will be the toughest decision of his career.