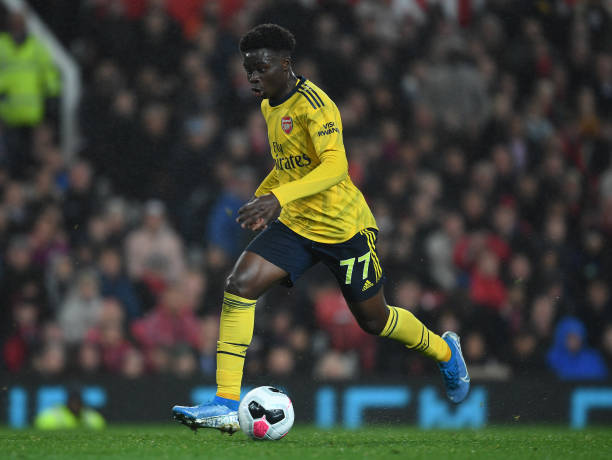 Bukayo Saka mostly played as a winger in Arsenal’s youth set up and he finally made his big step up to the first team of the North Londoners this season as he has become a major player in the squad that the fans always want to see him start. Saka has played as a left back at the start of the year and it now looks like Arteta has found a new role for him in the team.

Bukayo Saka started as a left back many times before the Premier League came to an abrupt stop due to the Coronavirus and many Arsenal fans have debated on whether their boss Mikel Arteta will let him play on the wing which is his main position that he has played for a while since the only reason that he was playing as a fullback was because of the injuries of Sead Kolasinac and Kieran Tierney.

Tierney and Kolasinac are back and it looks like Arteta will stop playing him in the left back position but he could however decide to not play him as a winger as he has a new role that he tried the young Englishman in, at Wednesday’s friendly game against Brentford. Here’s Arsenal’s first half starting eleven vs Brentford.

As you can see, Saka isn’t among the attacking three as you’d expect but rather in the midfield three. Mikel Arteta is believed to have plans of playing a 4-3-3 formation and it looks like he might try to put Saka in the midfield three since the Arsenal youngster is great with possession, skillful and athletic which is what the gunners need in their midfield this season.

Arteta in the second half  then later put Saka in the front three on the wing to give Ainsley Maitland-Niles a chance in the midfield but it is still interesting knowing that he could change the role of the 18 year old from a winger to start playing in the midfield three. It’s not known whether Arteta will try this in a competitive game but he sure has this idea of changing Saka’s role.

Report: How Mikel Arteta has started preparing for life without Mesut Ozil