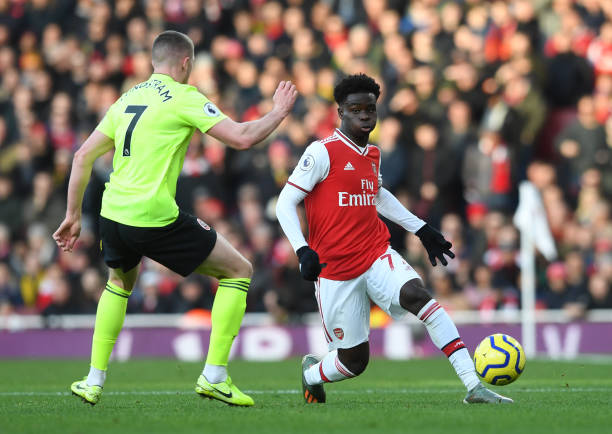 Arsenal will be in action on Sunday afternoon as they take on Sheffield United in the quarterfinals of the Emirates FA Cup.

After a disappointing season Arsenal have just the FA Cup as their only source of silverware and glory and will be hoping to win it for a record 14th time.

Arsenal will have David Luiz back available after serving his two-match ban for his red card received in a 3-0 defeat against Manchester City.

Bernd Leno, Calum Chambers and Pablo Mari are all ruled out with injuries.

Gabriel Martinelli has been ruled out for the remainder of the season after sustaining a knee injury, while Lucas Torreira and Cedric Soares are back in training but remain doubts.

This will be the 116th meeting between the two clubs, with Arsenal winning 48 of those meetings. Sheffield United have 40 wins of their own, alongside 27 draws.

Sheffield United and Arsenal last met in the FA Cup in March 2005 in a fifth-round replay; after a goalless draw, the Gunners won 4-2 on penalties at Bramall Lane.

Arsenal have won the most FA Cup trophies

Arsenal got back to winning ways on Thursday with a 2-0 victory at Southampton and that should boost their morale.

Arsenal have a very good record in this competition and are the record holders.

Sheffield have looked poor ever since the league resumed unlike before, they have failed to score a goal in three matches and have been leaking goals at the back.